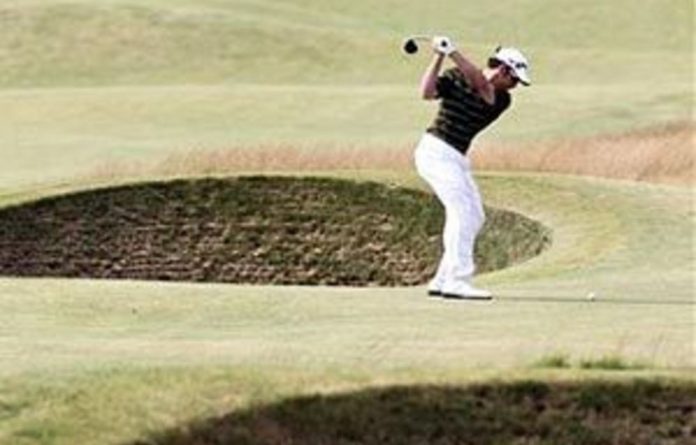 No one was happier than world number six Ernie Els after protégé Louis Oosthuizen cantered to a seven-shot victory at the 150th anniversary Open Championship.

The 27-year-old Oosthuizen, a 200-1 long-shot to win the Major championship at the start of the week, is a graduate of the Ernie Els Golf Foundation, which helps identify young talent in South Africa.

“This is absolutely unbelievable,” Els told reporters after Oosthuizen lifted the coveted Claret Jug at St Andrews on Sunday. “It would be difficult to find anybody in the world who is more proud of him right now.

“He comes from a little town on the outskirts of George in South Africa and needed help so we took him into the foundation and educated him and sent him to various tournaments around the country and also the world.

“I could not be happier. He is our first Major champion and has made us all very proud.”

Els, who won the British Open on the Scottish links of Muirfield in 2002 and also triumphed at the US Open in 1994 and 1997, said there was no chance fame would go to Oosthuizen’s head after becoming South Africa’s sixth Major winner.

“Louis is now the Open champion,” said the player known as the Big Easy. “His life will change, he won’t.

“He is simply a wonderful kid. You cannot find a better one.”

Els said he always knew Oosthuizen, who has rocketed from 54th to 15th in the world rankings, was capable of joining golf’s elite.

“I thought long before anybody had heard of him that he was going to be an exceptional player,” said the 40-year-old. “He has shot an absolutely stunning 57 at Mossel Bay [on the Western Cape], which will neither be equalled nor bettered.

“You have something special when you do that. The world might know about him now but even before today he had started his own foundation to help kids who are needy.

“They could not have a better role model. Louis cares and he is giving back,” added Els.

“He’s that sort of person. The kid is different class.”

‘This is no small feat’
Meanwhile, President Jacob Zuma on Monday added his congratulations to those that have already flooded in for Oosthuizen.

“It is among the greatest Madiba gifts that anybody has given our country,” Zuma said in a statement.

He said Oosthuizen had written himself into the history books by becoming the fourth South African after Bobby Locke, Gary Player and Ernie Els to win the open.

“A master stroke was winning it on the now international Nelson Mandela Day.”

Oosthuizen achieved a spectacular seven-stroke victory in the competition at St Andrews on Sunday.