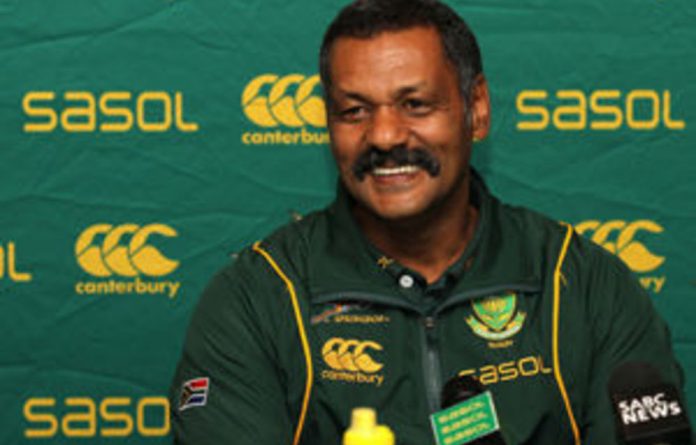 South Africa have made four changes to their starting line-up to face Australia as the Tri-Nations defending champions try to get their campaign back on track after two losses in New Zealand.

Coach Peter de Villiers made two changes on Tuesday to his backline for Saturday’s Test in Brisbane: Gio Aplon will start on the wing in place of the suspended Jean de Villiers and Ruan Pienaar takes over from Ricky Januarie at scrumhalf.

There were also two changes to the forward pack: Ryan Kankowski was promoted at the expense of flanker Francois Louw and BJ Botha will start in the front row instead of CJ van der Linde.

Giant lock Andries Bekker was ruled out on Monday with a back injury, while veteran Bakkies Botha and winger De Villiers were suspended for infringements during the opening two losses to the All Blacks.

The Springboks haven’t won a Test against Australia in Brisbane since the 1970s.