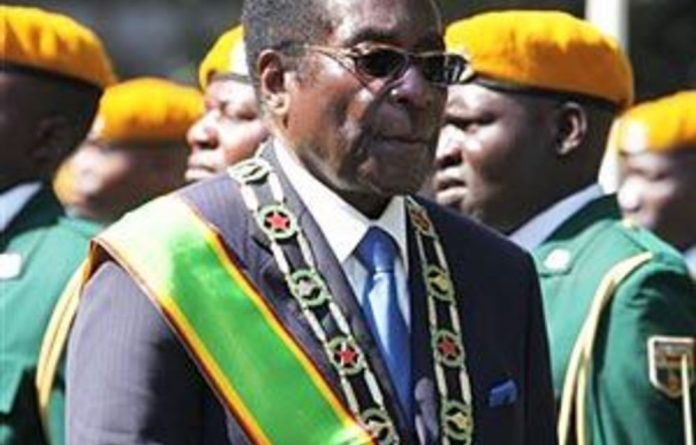 Witness statements by rape victims, vetted by a team of international lawyers, suggest the ruling Zanu-PF unleashed “sexual terror” against women who supported the Movement for Democratic Change (MDC), it said.

The charges were made by Aids-Free World, an advocacy group co-founded by the UN’s former special envoy for Aids in Africa, Stephen Lewis, after an 18-month investigation.

A legal dossier will be handed to the ICC in The Hague next month, in the hope that the court’s prosecutor can launch proceedings for crimes against humanity, Lewis said.

“What we are calling for collectively is serious intervention at every level,” Lewis said at a press conference at the world Aids forum in Vienna.

He urged the UN Security Council, the Southern African Development Community (SADC) and the African Union to end their “criminally delinquent” silence.

“We know as we are sitting here that it’s going to happen again,” said Lewis.

“There’s not the slightest question that Mugabe has his youth corps and his war veterans, and they are ready to do it again and the world is silent. How is it possible that he’s allowed to get away with it?”

The probe, “Electing to Rape: Sexual Terror in Mugabe’s Zimbabwe”, was released in Johannesburg last December.

It detected a surge in rape ahead of the first round of Zimbabwe’s blood-stained presidential elections, which reached a crescendo before the second round.

So far, 70 personal accounts, checked by lawyers who made six trips to Southern Africa and supported by certified affidavits, have been collected, Aids-Free World said.

In 300 hours of testimony, victims identified 241 men who raped them, and estimated the total acts of rape to be 380.

Tip of the iceberg
But this is just the tip of the iceberg, as many other rape victims are too fearful — or too sceptical of getting any redress against their attackers — to come forward, said the report.

“Every victim supported the MDC, and in every attack the perpetrators were clearly identifiable as Zanu-PF youth militia or war veterans,” the term for former fighters in the war against white minority rule, Aids-Free World said.

Activists were raped in front of their families or abducted by Zanu-PF youths who marched them to militia bases or camps in the countryside, where they were repeatedly assaulted, sometimes over days, the document said.

“Many women were forced to watch their husbands, children and parents killed or tortured before they were raped,” it said.

“Nine of the women believe they were infected by HIV/Aids as a result of the rapes, and an additional 17 women also tested positive in the months following the rapes, raising the possibility that their rapists infected them. Ten women reported that they became pregnant by their rapists.”

During their ordeal, the Zanu-PF men repeatedly accused the women of being “sell-outs”, of “giving the country back to the whites” or being the “whores” or “puppets” of MDC candidate Morgan Tsvangirai.

Police were indifferent to the few women who had the courage to file a complaint, and not a single rapist has been prosecuted, it said.

The MDC said more than 300 people were killed in pre-election violence.

Mugabe claimed victory in the disputed elections, which eventually led to a unity government.

It is meant to draft a new constitution that will pave the way to fresh elections, but the reform process is running about a year behind schedule. — AFP