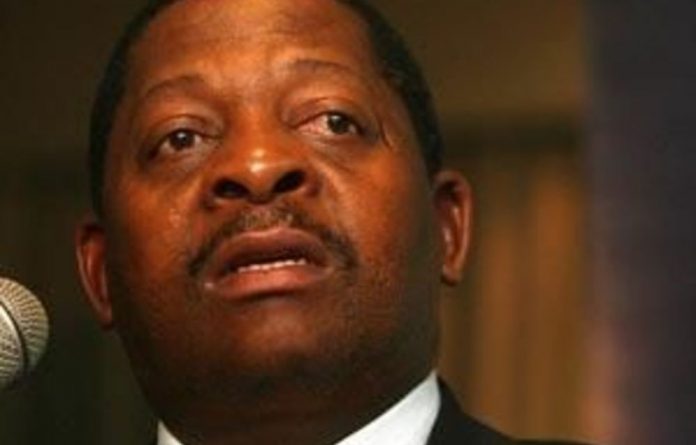 The SA Airways (SAA) board’s decision to institute action against its former CEO Khaya Ngqula was welcomed by the Congress of SA Trade Unions (Cosatu) and the Democratic Alliance on Tuesday.

“This is a great victory for the SA Transport and Allied Workers’ Union (Satawu) whose members first blew the whistle on the CEO,” Cosatu said in a statement.

This followed the announcement earlier by SAA that a summons was in the process of being served on Ngqula for unauthorised bonuses for executives worth R27-million.

The total amount the board sought to recover from Ngqula was R30,8-million.

Cosatu said that when Ngqula was sacked in March 2009, Satawu had rightly claimed this as a victory.

“Cosatu congratulates its affiliate and sends out a warning to any other executives that the trade unions will now be even more determined to follow Satawu’s example and to blow the whistle of such examples of crass materialism and theft from a state-owned asset.”

The SAA board’s decision to institute civil action against Ngqula arose from the findings of a forensic audit by KPMG.

“This represents a welcome departure from the general lack of responsibility that has come to define the other heads of state-owned entities (SOEs) responsible for financial mismanagement,” said DA shadow minister of public enterprises Manie van Dyk in a statement.

He hoped the boards of other SOEs would take a leaf out of SAA’s book and pursue former CEOs implicated in wasting public funds.

“The decision to pursue Ngqula follows repeated calls by the DA for a thorough forensic investigation to be instituted at SAA following Ngqula’s implication in tender rigging to the tune of R1-billion, and his subsequent dismissal in 2009. It is still a matter of astonishment that he was paid a R13-million settlement despite being under investigation for mismanagement, conflict of interest and procurement irregularities.”

The Freedom Front Plus said it had been noticeable that during Ngqula’s term as CEO, public funds were dished out royally, while at the same time SAA suffered a net loss of nearly R2-billion.

“The attempt to, in total, regain R30,8-million is actually only a drop in the ocean, but CEOs of public enterprises will get the message that they will be held personally accountable,” said FF+ spokesperson on public enterprises Pieter Groenewald.

Hiring of hospitality suites
At a media briefing on Tuesday, chairperson of the airline’s board Cheryl Carolus said Ngqula had signed leases for hospitality suites in various sports stadiums “against advice given to him both internally and externally”.

“He organised overseas trips for friends and associates to the 2006 Fifa World Cup, the Rugby World Cup in 2007 and an ATP tennis tournament in 2008,” said Carolus.

The KPMG audit had also found that Ngqula had concluded a number of sports sponsorship agreements, the values of which were allegedly in excess of the limit of his delegated authority.

“The board has referred this matter to its attorneys for further consideration as to whether SAA has any claims against any SAA employees or former employees involved in the conclusion of these contracts to recover the amounts expended by the company.”

Carolus emphasised that there had been no impropriety on the part of Cabrera or the ATP.

“SAA considers itself as bound by the contract with Mr Cabrera, and the ATP contract has already run its term and cannot be revisited.”

Carolus also said the KPMG report had revealed that companies in which Ngqula and his wife had an interest obtained rights to a Sunshine Tour golf event, which became known as the Africa Open.

“Mr Ngqula was involved in securing sponsorships for the event from a competing airline while still employed by SAA at a time when he was in the process of terminating SAA’s sponsorship of the SA Open golf tournament.”

The board, however, had assessed the costs and benefits of pursuing any claims in this regard and was of the view that there would not be a material benefit to the company to do so.

Turning to a catering contract in respect of regional and domestic flights, the report had shown that the process followed in respect of the tender evaluation had breached SAA’s procurement policy.

While the catering consortium’s foreign partner withdrew from the tender process, the local member of the consortium had objected to the termination of negotiations.

“SAA has responded through its attorneys disputing the validity of the contentions and it is unclear whether any litigation will arise but should this happen, SAA will defend it.”

Closure
Carolus confirmed that the KPMG forensic audit — comprising six volumes — had been handed to the Commercial Crimes Unit as well as the Auditor General.

“We will shortly be addressing Parliament regarding the report,” Carolus added.

She said while the KPMG forensic audit had been prompted by allegations largely against Ngqula, the outcome had shown that there were various weaknesses in SAA’s internal controls and procurement processes.

“As a consequence of this, SAA has already introduced measures to improve financial and risk management in its business,” Carolus added.

She said she hoped that closure had now been achieved. — Sapa