Time for me to slow down, says Tutu 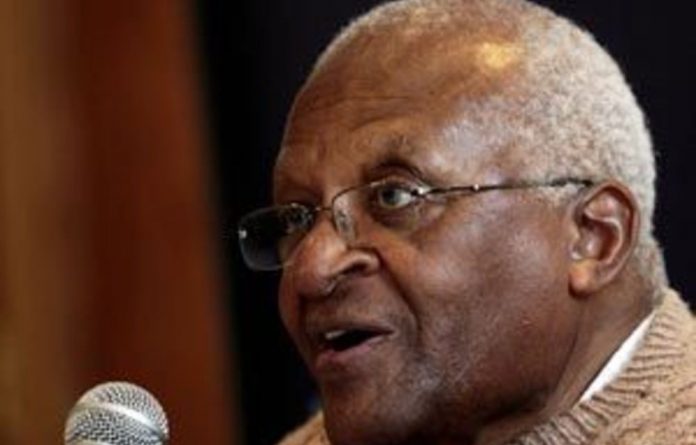 Nobel Peace Prize laureate Desmond Tutu, who became a global figure for using his church pulpit to help bring down apartheid, said on Thursday he would retire from public duties later this year.

“The time has now come to slow down,” Tutu said in Cape Town during a nationally televised news conference.

Tutu said he would step down in October when he turns 79 so that he “could sip tea in the afternoon” with his wife, enjoy more time with his family and spend time watching sport.

The congenial Tutu, who retired more than a decade ago from his post as the Anglican archbishop of Cape Town, has established a peace foundation, advised political leaders, served in a council of retired global statesmen and women, and had been an active public speaker.

He was most recently in the public eye when he spoke at several events for South Africa’s hosting of the Soccer World Cup, which many said was one of the most important events in the country’s history after the end of apartheid 16 years ago.

He will continue to offer his support for his peace foundation but plans to step down from a university post in South Africa, his work with a UN commission on preventing genocide, and will no longer give media interviews.

But he said he would continue working with the council of statesmen, known as The Elders.

Tutu’s position in the church gave him a prominent national platform from which to criticise the apartheid system, and he repeatedly called for equal rights and a common education system.

International recognition for his work came most notably in 1984, when he was awarded the Nobel Peace Prize. Two years later, he became Archbishop of Cape Town, the first black South African to serve in this position.

Meanwhile, pressure on the South African government was mounting and talks between politicians and the African National Congress led to the release in 1990 of Nelson Mandela and the dismantling of apartheid laws.

Following the country’s first democratic elections in 1994, then-president Mandela appointed Tutu in 1994 as chairperson of the Truth and Reconciliation Commission, the body charged with examining the human rights abuses of the apartheid years.

Tutu told the news conference that introducing Mandela as president of South Africa was one of the greatest moments of his life.