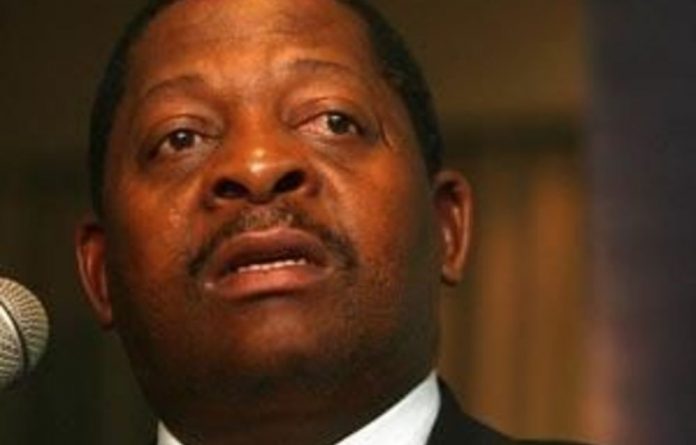 SAA paid out bonuses of R60,7-million to 153 managers over three years — at an average of almost R400 000 per employee — as part of a retention scheme introduced by embattled former chief executive Khaya Ngqula.

This is revealed in court papers served on Ngqula this week, in which SAA claims it suffered a loss of R27,4-million at Ngqula’s hands for ­overspending on bonuses.

The Mail & Guardian has in its possession the summons and attached documents served on Ngqula on Tuesday. This is the first of two claims by SAA against him.

The second summons has yet to be served on him and will focus on Ngqula’s alleged irregular expenditure of R3.3-million on entertainment and international junkets for his friends.

Ngqula was fired by the SAA board in March last year. On Tuesday the board chairperson, Cheryl Carolus, announced that the state-funded airline would reclaim R30,8-million from him for alleged wasteful expenditure.

She announced that R27,4-million of that amount was due to retention bonuses paid to managers, but did not reveal the full extent of the scheme designed by Ngqula and the head of human resources, Bhabhalazi Bulunga.

According to the details of SAA’s claim, the airline’s remuneration committee approved Ngqula and Bulunga’s request on December 7 2007 for the implementation of a retention scheme. It was designed to keep key, talented staff after a “restructuring bonus” failed to stem the “departure of primarily skilled employees” from the airline. The scheme lasted for three years and could pay managers up to 100% of their total 2007 cost of employment over that period.

A “strictly confidential” document calculated the cost of implementing the scheme at R33,3-million from 2007 to 2010.

But, according to the claim, SAA paid out bonuses of R60,7-million under Ngqula. The difference between this amount and the approved R33,3-million is what the airline is now claiming from him.

SAA will argue in court that Ngqula breached his fiduciary duties by overspending on the scheme and failing to adhere to stipulated financial limits. He “failed to exercise reasonable care and skill in fulfilment of his functions and duties” when he implemented the scheme.

Billy Gundelfinger, Ngqula’s lawyer, confirmed this week that a summons had been served on his client and said Ngqula would defend the allegations.

Attempts to contact Ngqula and his wife directly were unsuccessful, but Gundelfinger said the matter would be aired fully in court.

Ngqula’s employment agreement with SAA is included in the court papers and shows the benefits he enjoyed as chief executive. They included the use of a BMW 740i company car, an annual incentive bonus of 80% of his total cost-to-company package (R5-million at inception) if he achieved performance goals and complimentary flight tickets for him and his family.

His contract also made provision for security services “to protect the president and CEO [Ngqula] and his family from any reasonable security risks that may arise” during Ngqula’s tenure. “It is recorded that at the signature date of this agreement the spouse of [Ngqula] has been allocated VIP security protection from Monday to Friday and on weekends.”

On Tuesday Carolus accused Ngqula of hampering the KPMG investigation, saying he was not cooperative and that he was preventing the airline from discovering who might have helped him misspend millions of rands at SAA.

After the report was delivered to the SAA board, it requested a meeting with Ngqula so that he could give his side. But Ngqula stipulated conditions that were not acceptable to the board and the meeting did not take place.

SAA’s previous board requested the KPMG forensic investigation after transport unions presented allegations to the board. The investigation is said to have cost SAA R15-million.

Carolus said that the report had been handed to the police commercial crimes unit to ascertain if there was enough evidence to lay criminal charges against any current or former employee of SAA, including Ngqula.

At Tuesday’s briefing it was revealed that SAA under Ngqula spent R141-million on sports sponsorships when only R3-million was budgeted for. These included a R120-million sponsorship of the Association of Tennis Professionals (ATP) and a R21-million sponsorship with Argentinian golfer Angel Cabrera.

Ngqula is also accused of spending R3,3-million without authorisation on leasing hospitality suites in four different sport stadiums in the country. The KPMG report alleges that these suites were “hardly utilised”.

Another allegation involves spending R500 000 on junkets for friends to international sporting events such as the 2006 Soccer World Cup in Germany, the 2007 Rugby World Cup in France and a 2008 ATP tennis ­tournament in Monte Carlo.

The forensic investigation has raised questions about a jet fuel tender that was awarded to a company in which Ngqula allegedly has an indirect interest.

KPMG further found the awarding of a tender for in-flight catering was irregular. The tender was awarded to French catering group Servair, but questions were raised about the group’s local partner, run by Vusi Sithole, an associate of Ngqula and a business partner of his wife.

Servair has pulled out of the tender and SAA cancelled its contract, but Sithole’s consortium is disputing this in court.

Sithole denied any impropriety this week, saying his company was chosen after a two-year evaluation process and had complied with all requirements of the tender.

“After the award of the tender we continued to work with SAA on the implementation process up until it was interrupted by the investigation,” said Sithole.

“We are confident on our part that we complied with all the requirements of the tender and as far as we know our group did not compromise the process in any way.”

Despite instituting the investigation into Ngqula SAA’s former board, under the chairmanship of Jakes Gerwel, also came in for criticism this week when Carolus asked: “How did Mr Ngqula do this under the watchful eye of the board?”

But she told Parliament’s portfolio committee on public enterprises that the current board had no plans to extend KPMG’s brief.