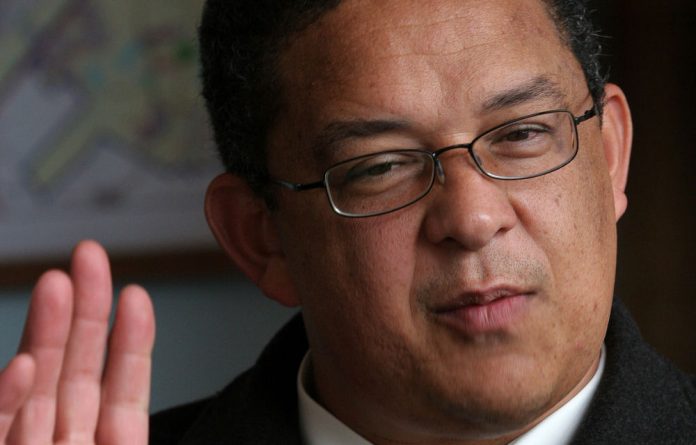 If someone was convicted of murdering people but later granted amnesty for their action, does that mean we should no longer call him or her a murderer? The Supreme Court of Appeal (SCA) thinks not.

It argues that because amnesty aims to achieve reconciliation and nation-building, that requires that we no longer describe someone as a murderer if he or she is granted amnesty. But the Constitutional Court is about to have the final say.

The SCA made a serious mistake. Not only did the court wrongly conflate law and political morality, but there are also perverse consequences that would follow if the judgment is confirmed. It is worth summarising the key facts in The Citizen and Other versus McBride, the case that has given rise to this legal question.

From 2003 onwards, there was a series of articles in The Citizen arguing that Robert McBride was not fit for the post of Ekurhuleni Metro police chief. One of the grounds on which it argued against it was that he had been convicted of murder.

On September 11 2003, for example, the newspaper asserted that McBride “is blatantly unsuited, unless his backers support the dubious philosophy: set a criminal to catch a criminal. Make no mistake, that’s what he is. The cold-blooded multiple murders which he committed in the Magoo’s Bar bombing [in Durban in 1986] put him firmly in that category.”

In a later piece they conclude that McBride’s deed was “the act of human scum”.

These articles often neglected to add a crucial fact: McBride had been granted amnesty in terms of the Promotion of National Unity and Reconciliation Act. His action was politically motivated. It was part of his work for Umkhonto weSizwe, the ANC’s armed wing. In terms of Section 20 subsection 7(a) of the Act, McBride’s “conviction shall be deemed to be expunged from all official documents or records and the conviction shall for all purposes, including the application of any Act of Parliament or any other law, be deemed not to have taken place”.

But they add that “that is not to say that the respondent’s actions and the consequences of his actions are to be considered not to have taken place.

The court’s reasoning is knotty. First, the distinction between “being convicted of murder” and “being a murderer” is unsustainable.

Second, the court confuses law and morality. Some might deem it a stroke of interpretive genius that the court distinguished “branding” someone a murderer from describing them as having been “convicted of murder”. The latter has no overt moral content. But the label “murderer” is both a factual legal claim and simultaneously a description dripping with moral indictment. So one might preserve the aims of amnesty by banning the morally loaded term “murderer” but permitting the description “so-and-so had at one stage been convicted of murder but was then granted amnesty”.

The most important legal aim of amnesty is to protect someone who was granted amnesty against any possible criminal or civil liability. This is why McBride was released from jail. It is also why victims of the Magoo bombing cannot pursue a civil case.

The aim was not to protect someone such as McBride from moral judgment. If someone wishes to argue that the liberation movements had unjust moral aims, then so be it. Or, as The Citizen attempted, someone might agree that aiming to overthrow the apartheid state was a just aim but could nevertheless claim that McBride chose a means that was immoral.

These debates should not be legally circumscribed. The SCA judgment inadvertently does exactly that. That cannot be what drafters of the Act intended.

The SCA also slips sloppily between the purely legal and more overtly moral use of the term “murderer”. Recall that it argued that McBride should not be “branded’ (as opposed to “described as”) a murderer. The court sounds compelling here, but only because “branded” is itself a morally loaded term the court is carelessly bringing into its analysis, giving its arguments ad hominem weight.

But if the court played fair argumentative ball, it should have done more to justify why the irritating moralism of The Citizen constitutes illegal speech. A newspaper’s moral analysis, whatever one thinks of it, is a legal red herring. As Judge Kenneth Mthiyane implicitly points out in his dissenting view, these articles constitute fair comment despite the use of “robust language” (given the historical facts, which the majority agreed had not been obliterated).

Lastly, other undesirable consequences will result if this judgment is upheld. The burden on the media to provide context about every historical fact that led to amnesty is impractical and therefore unreasonable. It is hard to see how nation-building is undermined by the reporting in The Citizen. There are more serious obstacles to nation-building.

The sheer volume of discourse on our history ensures that the full and complete story about all actors exist or will come to exist in various places over time. No single reporter or report can be given that burden. And, if truth itself was central to the amnesty process (hence the requirement of full disclosure), then we should cherish debates that keep the facts and social memory alive.

Furthermore, victims of the apartheid state would have to think twice about how they describe apartheid foot soldiers who injured them or killed their loved ones.

Should human-rights activists Griffiths and Victoria Mxenge’s family also watch their language when referring to those granted amnesty for killing the couple? Or is the Mxenge family to be exempted because they are on the virtuous side of the struggle? That would defeat the very aim of transcending our past, which the SCA used as a yardstick for assessing the word choices of The Citizen.

Hopefully the legal philosophers at Constitutional Hill can negotiate this intersection of law, morality and memory with greater jurisprudential skill than their Bloemfontein colleagues managed to.

Nation-building requires truth to be kept alive. And the legal consequences of amnesty should not be confused with wider moral political battles about our past.

Eusebius McKaiser is a political analyst. He also hosts a weekly politics show on Talk Radio 702. He blogs at www.safferpolitics.co.za