In search of scientists 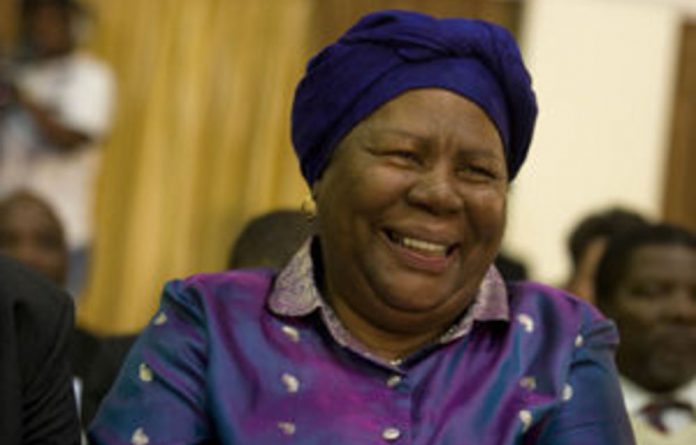 Why is science important to our country?
The South African economy is currently mainly resource-based, whereas the most rapidly developing economies have invested heavily in the knowledge-based economy. A resource-based economy is not sustainable in the long term as resources get depleted with time. However, the use of our current richness in resources to develop a knowledge-based economy will position South Africa to compete with global economic development to the benefit of our people. Through scientific and technological innovations, a sustainable economic growth is achievable.

How far is South Africa behind the West in terms of innovation and scientific development?
This is not an easy question to answer because countries excel in different areas of innovation and technology. There are areas in which we lead — for example, South Africa’s Council for Scientific and Industrial Research in partnership with the Boeing Company inaugurated the world’s first Ka-band telemetry, tracking and command facility at the local Satellite Applications Centre at Hartebeesthoek. On the other hand, based on the 2007/08 National Survey of Research and Experimental Development, the developed economies’ gross expenditure on research and development as a percentage of the gross domestic product is higher than South Africa’s although South Africa compares very well (in this aspect) with other developing countries such as India and Argentina. We have agreed that we must improve on PhD graduate numbers, peer-reviewed publications and patents if we are to be more competitive.

What are South Africa’s weaknesses in science?
Our biggest challenge is to develop the needed scientific capacity and then to retain this capacity. South Africa does not have enough human resources in science, engineering and technology research. However, this is not a problem unique to South Africa and we also need to address the fact that many countries are able to attract our best scientists. This could be addressed significantly by an increase in the country’s investment in research and development, and particularly investment in the renewal and modernisation of the infrastructure devoted to science and technology.

Surely we have some strengths?
Most certainly we have strengths and South Africa is sometimes considered to “punch above its weight” in the scientific community. South Africa is internationally competitive and recognised in astronomy, and is one of the two countries that are still competing to host the Square Kilometre Array — the biggest international investment in radio astronomy ever. The advantages the country offers to international astronomy include geographical position, climate, observing conditions and a good scientific track record.
As a country rich in human fossil remains, we are also a leading country in palaeontology and related sciences.
Furthermore, South Africa has a rich indigenous knowledge system that, if adequately interfaced with science, could produce unique economic benefits that would give the country a competitive edge.

Why do so few learners show an interest in maths and science?
Again, this is a situation that is not unique to South Africa. It has become an international phenomenon and is a cause for concern in many countries. The exact reasons are yet to be established as there are many countries researching this problem. Those learners who show an aptitude for science do not choose science studies when they enter higher education institutions.
It appears clear that the vast range of opportunities and careers in science and technology are not communicated to students and their teachers. The negative stereotype of the ‘scientific nerd” has long been bankrupt and we need to expose our students to the challenges that science is addressing in finding solutions to climate change, energy challenges and food and water security.
The solutions lie in an integrated use of existing disciplines and development in ICT, nanotechnology, biotechnology, material science, and so on.

Are schools doing enough to encourage learners to take an interest in maths and science?
Current research in the United States and the United Kingdom is beginning to show that motivation of young scientists often happens in an informal setting. This could be a fascination with stars (as with Dr Thebe Medupe) or combinations and reactions of chemicals (as with Sir David King). More often than not, this interest is sparked at science centres or expos, Olympiads, and so on. Teaching and learning of maths and science focus mainly on delivering curriculum and, in the best circumstances, provide students with the basic tools that will enable them to pursue their interest. This could be one aspect to consider adding to existing content delivery methodologies. More is being done, but we have to expand our efforts.

How can teachers and parents encourage an early interest in science?
The age at which young people are exposed to science is very important, and any early introduction to science requires the involvement of both learners and parents. The key attitude of a scientific approach is one of questioning and children should be prompted to ask why, or why not, about many things. Sometimes parents and teachers get frustrated with the umpteen questions that their children ask but should be aware of the importance of allowing the questions to be asked and answered. The parent does not need to provide the answers but to suggest ways in which the child can explore further. Any parent who values the importance of science in people’s daily lives will succeed in encouraging children to study science. Educators should seek out and use science materials (and learning support tools) that suit different age groups of learners and both prompt the questions and inform the children.

What is the department of science and technology doing to nurture an interest in science among young people?
In line with the need to stimulate interest through informal exposure to scientific enquiry and developments, the department focuses mainly on initiatives that stimulate young people’s interests in science, engineering and technology. Science centres are key partners in the delivery of such initiatives. Olympiads and competitions are useful instruments for identifying young people with talent and potential. We have a Science Week and support Dinaledi schools in partnerships with the department of basic education.

What career shortages are there in science that learners could pursue?
The range of careers that have developed in science and technology over the past two decades have led to a need for scientists to collaborate to a much greater extent than previously. Nonetheless, scientists still need to invest time and energy in developing and honing their own specific expertise. This covers the areas that South Africa needs: engineers, biochemists, astronomers, physicists, chemists, botanists, zoologists, mathematicians, IT scientists, economists, social scientists, linguists, and so on. These areas represent the fundamental science that is an essential foundation for the collaboration that takes place in addressing and solving the big scientific challenges of this age.

Why is it important to get more children interested in science?
The answers above have probably covered this quite extensively. Interest in and knowledge of science is becoming more and more a part of the ability of people to be literate in a scientific world. It is an essential part of enabling people to function in the modern world, to engage with and appreciate the world around them and to be able to formulate opinions about scientific advances. This does not mean that every citizen should or could be a scientist, but it does mean that scientific issues that affect society are not the preserve of professionals. Of course, it is also an important way to broaden the base for the continued growth of a knowledge economy through inspiring new generations of young researchers.