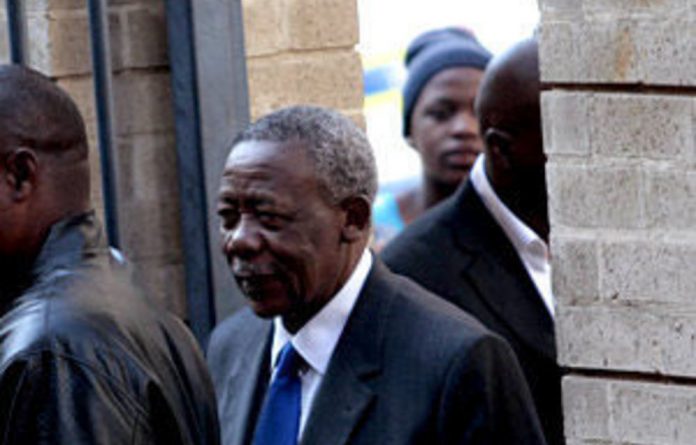 Former police chief Jackie Selebi was sentenced to 15 years’ imprisonment by Judge Meyer Joffe in the South Gauteng High Court on Tuesday, who called him an “embarrassment to South Africa and the police”.

Joffe compared corruption to a cancer, saying it destroys the moral fibre of a nation. “The damage has already been done. Just as a malignancy may be removed, society is not what it was prior to the corrupt act. The moral fibre of society has to be rebuilt.”

Selebi was released on bail of R20 000 pending his application for leave to appeal his conviction and sentence.

His advocate, Jaap Cilliers, indicated he would apply for leave to appeal within the next 14 days. This means Selebi will not be incarcerated until this application and his subsequent appeal, if leave is granted by Joffe, are finalised.

In a hard-hitting judgement, Joffe said there were no compelling and substantial reasons why Selebi should be sentenced for less than the minimum 15 years prescribed for law-enforcement officers convicted of corruption.

According to Joffe, policemen and women work in harsh conditions and deserve better than a corrupt national commissioner.

“You must have been an embarrassment to all right-thinking citizens of this country. They deserve more than what they got … There can be no doubt that all the people of South Africa would join in rejecting a national commissioner found to be an untruthful witness.”

Joffe also slammed Selebi for lying to the court and manufacturing evidence. “You embarrassed the court,” a visibly upset Joffe said.

The judge criticised Selebi’s “flagrant mendacity”. At no stage did Selebi display “any indication of remorse. But it goes further than remorse; he [Selebi] lied and fabricated evidence to escape the consequences. He eroded much of the sympathy for him.”

National Prosecuting Authority spokesperson Mthunzi Mhaga afterward congratulated the prosecutors, saying the sentencing was an appropriate warning to all police officers “to fight any temptation to carry out corruption”.

Earlier, Selebi came into court alone, looked relaxed and joking with a photographer who took pictures of him sitting in the dock. Selebi was followed by his wife, Anne, brother George and other family members.

On Monday, chief state prosecutor Gerrie Nel asked Joffe to sentence Selebi for more than the prescribed minimum sentence of 15 years. Selebi, according to Nel, was no “fallen angel”. He never showed remorse or admitted acting unlawfully. He was the head of the police service and betrayed his own legacy.

Selebi’s counsel, Jaap Cilliers, argued that Selebi had already suffered enough through all the negative media coverage since 2006, that he was disgraced in the eyes of the public and was “financially destroyed”, having to pay the state back millions of rands in legal fees.

Joffe convicted Selebi of accepting bribes worth R166 000 from drug dealer Glenn Agliotti in exchange for showing him top secret police reports. Shortly after being found guilty, the Asset Forfeiture Unit successfully applied for the confiscation of Selebi’s assets worth R230 000, which included the R166 000 he received from Agliotti plus interest.