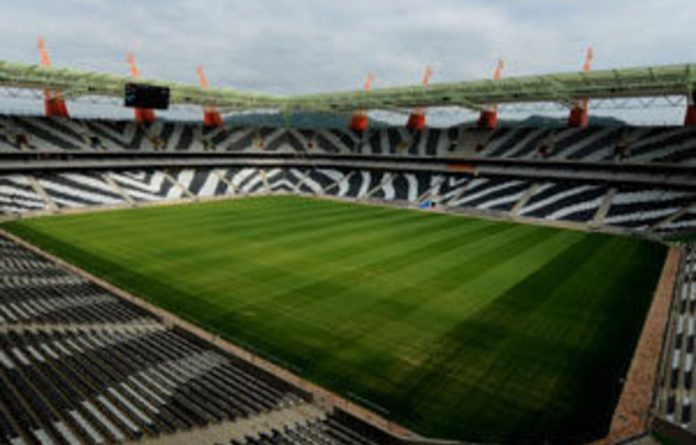 Mabuza’s chief spokesperson, Mabutho Sithole, reluctantly admitted on Thursday that he personally tipped off journalists about the existence of the letter, in which the premier purportedly confirms his resignation to President Jacob Zuma.

He also emailed a PDF copy of the letter to at least two journalists at the same time as the premier’s office was lodging criminal charges of fraud and defeating the ends of justice against “conspirators” Wa Afrika and Mbombela (Nelspruit) councillor Victor Mlimi. The charges were changed last week after the two had been arrested to fraud, forgery and “uttering” — which is knowingly circulating a fraudulent document.

The letter came from a confidential source and was faxed, via Mlimi, to Wa Afrika, who received it on July 21. Wa Afrika then passed the letter on to another Sunday Times journalist, who followed it up with the premier’s office by sending it to Sithole for verification.

Letter received
Sithole has confirmed receiving the PDF version of the letter from the Sunday Times on July 24. “I knew immediately that it was fake. The signature is nothing like the premier’s real one. I told them it was part of a plot to destabilise the province and smear the premier,” said Sithole.

Based on Sithole’s response, plus denials from the presidency and ANC, the Sunday Times decided against publishing a story on the issue.

Sithole nevertheless phoned Sowetan journalist Alfred Moselakgomo the following day, July 25, to tip him off about the “rumours” and the existence of the letter.

“We hadn’t even heard rumours about the issue until the tip-off on the Sunday, and would not have had enough evidence to publish anything if we hadn’t received the letter from Mabutho,” says Hlatshwayo.

Other journalists
Hlatshwayo co-wrote a story about the allegations and then forwarded the PDF letter to City Press, Beeld, The Witness, Jacaranda FM and investigative news agency African Eye News Service (AENS). He also tipped off colleagues in the SABC’s local radio and TV news teams.

The SABC and City Press subsequently ran stories on the rumoured resignation and Mabuza’s insistence that the publicity was part of a political plot to oust him and to topple the provincial administration.

Sithole refused to say why Wa Afrika had been targeted for arrest when he had not circulated the letter or written about it, or why journalists who had circulated it and written about the controversy had not been charged.

“Regardless of how the journalists got the letter, there is a plot, and journalists are part of it. We have evidence. But this whole matter is now sub judice and I will not comment further [out of] respect for the legal process,” said Sithole.

He refused to confirm or deny whether the evidence against Wa Afrika was based on surveillance of the media by intelligence agencies. Mabuza has previously boasted about receiving weekly classified reports on “troublemakers” in the province, including reports about “people who say things”.

“I checked with [Mabuza] and he will not tell me yes or no. He said he is not going to tell me, because the information is classified,” said Sithole.

No charges?
He also refused to say why the province had not pressed charges in the case of another high-profile fraudulent letter — one purportedly used by project management company, Lefika Emerging Equity.

Lefika, whose owners include Kaizer Chiefs general manager Bobby Motaung and Mpumalanga tycoon Herbert Theledi, allegedly wrote a fraudulent letter to First National Bank. The letter, on the Mbombela municipality’s letterhead, requested an overdraft based on the claim that it had submitted a sizeable invoice to the council in December 2008 for its work on the Mbombela stadium.

Mbombela speaker Jimmy Mohlala, who announced publicly that he intended lodging fraud charges with police, was killed in front of his teenage son in January 2009, two days before he was scheduled to meet investigators.

Lefika and Motaung were not immediately available for comment, but both repeatedly denied any wrongdoing. Mbombela mayor Lassy Chiwayo said at the time that the murder was an assassination to silence Mohlala and said he and other council officials had received threatening calls.

The Sunday Times confirmed on Thursday that Wa Afrika had been investigating why no fraud charge had been lodged in the case and why no one had been arrested for the killing.

The paper’s legal spokesperson, Susan Smuts, also confirmed that Wa Afrika claimed that he had been followed and narrowly evaded a possible kidnap attempt in the province in April. Another journalist who has started looking into the case, City Press’s Sizwe samaYende, is currently under 24-hour protection after dodging a gunman who ambushed him at his Mbombela home last Friday night.

No comment
“Both these cases, Wa Afrika’s matter and Mohlala’s murder, are active and ongoing investigations and as such I cannot comment on them,” said Hawks spokesperson Musa Zondi on Thursday afternoon.

Wa Afrika and Mlimi are both out on R5000 bail each, pending further investigation by the Hawks. They have had to surrender their passports and are scheduled to reappear in the Nelspruit courts on November 8.

Wa Afrika’s attorney, Eric van den Berg, meanwhile confirmed that the Hawks had agreed to return Wa Afrika’s notebooks and research files, which were seized from the journalist’s home without a search warrant immediately after his arrest last week and were turned over to crime intelligence officers in Mpumalanga for “analysis”. They include material stretching back 11 years, including notes on his investigations into the arms deal, Travelgate and other scandals.

Media freedom organisations, including the South African National Editors’ Forum, have expressed concern that the identity of whistleblowers and confidential sources unrelated to the fraudulent letter case may have been compromised. — African Eye News Service

Mpumalanga is another Limpopo

Two cops among those arrested for speaker’s murder