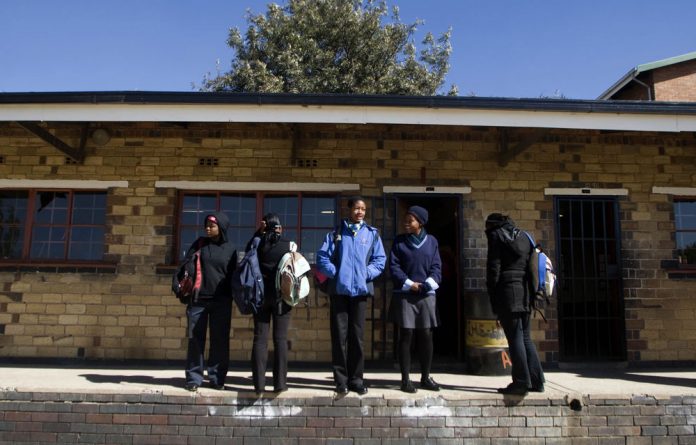 It was the story of South Africa’s two education systems yet again: you were protected from the impact of the teachers’ strike this week if you attend a rich school but vulnerable if you do not.

On Tuesday, the day of the strike, the Mail & Guardian visited three Johannesburg schools, two in Soweto and one in Houghton, and then revisited them on Wednesday, when the one-day strike was over and normal schooling should have resumed.

Phefeni Senior Secondary School in Orlando West is a quintile one school — that is, in the poorest of the five education department classifications of schools according to socioeconomic status. About 50 learners in full school uniform showed up for lessons on Tuesday. But there were no teachers, and all that a few members of the school governing body (SGB) could do was try to supervise the 50, who started leaving by 11am.

One SGB member, who declined to be named, said the SGB had prepared some tea and bread for the learners and had also been at the school to look after the children the Friday before, when the teachers were picketing.

Enoch Khuzwayo, in grade 11, said: “We have lost so much time and with this strike we are losing momentum even further. We can’t afford to miss school because many of us failed our June exams. We need all the preparation we can get.”

A matric pupil who preferred not to be named was especially anxious: “Our preliminary exams start next month and I don’t even feel ready for them,” he said.

On the other side of the township, the gates at Lobone Secondary School in Mofolo, Soweto (a quintile three school) were locked. Except for a solitary woman who did not want to identify herself or her position, the school was deserted.

But at King Edward VII High School in Houghton (quintile four), teaching was under way — it was the learners who were absent rather than the teachers, said principal Mike Fennell. Most of his staff had reported for duty and the school had told parents before the strike that teachers employed by the SGB would be at the school on Tuesday, he said. The school had also alerted parents to the possibility that learners using public transport might be intimidated if they tried to go to school.

“It was not an easy day for us but it was, overall, a productive day,” he said. “Teachers caught up with marking, and in classrooms that had enough learners teaching went on.”

At the preparatory school, parents had been informed beforehand that teachers would not “go to the streets but would show solidarity with the strikers by not teaching”, deputy principal Audrey Haddow said. As a result, only six learners attended school on Tuesday — “but all the teachers were here”, she said.

By Wednesday, teaching and learning had clearly not resumed at the two Soweto schools.

This time, at Lobone Secondary a security guard opened the gate for the M&G. But the school was totally silent: no learners had arrived and the teachers were in the staffroom having lunch. The principal declined to talk to the M&G, citing education department restrictions.

Phefeni Senior, at first glance, was livelier than it had been on Tuesday: most of its teachers were there and more learners were present. Yet only a few of the teachers were in class and teaching. SGB chairperson Buyi Majola, who was also at the school, was furious. She said she was there to ensure that learning continued at the school. “Pupils are here because they want to learn, so if these teachers don’t want to teach they must not come here. Instead they should fill out a leave form,” she said.

The few teachers the M&G saw teaching would not have been doing so had she not been there, Majola said. “This is what we have to put up with, yet as the SGB we ensure that this school is clean, that the furniture used by the principal and teachers is comfortable, that teachers have computers and we even provide tea for them because we want them to do their work properly.”

She did not oppose their striking “but today is a working day and they must work”, she said.

In Houghton, it was as if there had never been a strike: all the teachers and learners were at school and at work. “You’ll be happy to know that today [Wednesday] we have 100% attendance by both learners and teachers and we are having a normal day,” said Fennell.

“Grade 12s are very well prepared and we are on track to yet again produce outstanding results in our final examinations,” he said.

Teachers ‘in the mood for a strike’
Rich vs poor
“Disparities in the impacts of the strike on rich and poorer schools most likely derive from different management styles at schools,” Martin Prew, director of the Centre for Education Policy Development, told the Mail & Guardian.

“You find that in most cases former Model C schools are more consistently managed than peri-urban and rural schools,” he said.

Poorer schools also suffered more because teachers there were more militant and the likelihood that those who did not support a strike would be intimidated was higher, he said.

Why teachers didn’t teach
Teachers were “in the mood for a strike” and this was probably why some were not teaching on Wednesday after the one-day strike ended, said Nomusa Cembi, spokesperson for the South African Democratic Teachers’ Union (Sadtu).

“It is unfortunate that teachers were not teaching on a working day but you must understand that people are in a striking mood,” she said. “It’s difficult to strike on one day and work the next.”

The strike would harm learners, she conceded, but teachers should not carry the whole blame. “We gave the employer seven days to make a plan: they must also take the blame,” she said.