The nine lives of Wa Afrika 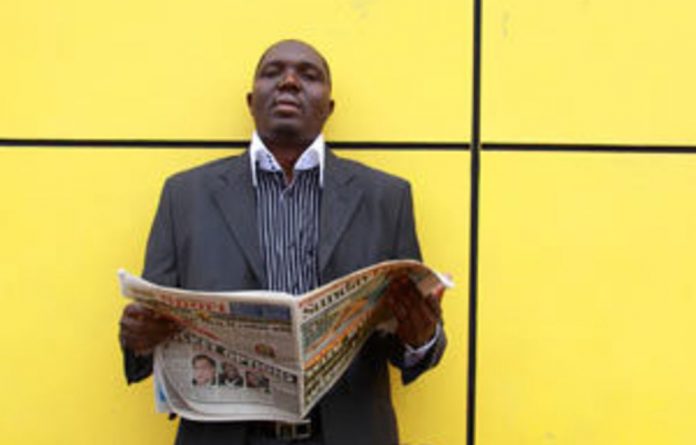 Mzilikazi wa Afrika made headlines as the journalist arrested by police, after he reported on an allegedly “dodgy” deal by police chief Bheki Cele. We take a look at his career thus far.

Mzilikazi wa Afrika’s journalism career started in 1995 when he joined the Witbank News as a freelancer. He was instantly hooked. The next year he launched his own newspaper, Mpumalanga Mirror, with his brother.

“But we could not turn the idea into a sustainable business. The paper lasted less than a year,” says Wa Afrika.

“AENS made me learn the hard way, putting me in the courts and on the crime beat. Soon I was also doing some politics and exposing everything from fraud in the child maintenance system to cross-border crime with Mozambique,” he says.

The Sunday Times headhunted him in January 1999, allowing him to break a string of large exposés, outing the SABC’s Enoch Sithole’s fake qualifications and illegal residency in South Africa before blowing the lid on home affairs director general Albert Mokoena’s role in irregularities.

“My biggest story so far is probably the work I did on the arms deal in 2004, which eventually sent Tony Yengeni to prison,” says Wa Afrika.

The controversy
Then he was fired. The story: Travelgate.

Wa Afrika was part of the Sunday Times team that broke the scandal about how parliamentarians abused their travel perks. He was suspended and eventually fired after it emerged that he facilitated a possible property deal between a travel agent at the centre of the scandal and a Mozambican hotelier.

“It was all a misunderstanding. All I did was pass on the hotelier’s contact details to the Travelgate suspect. I reported the issue to the Scorpions at the time, and [Scorpions spokesperson] Sipho Ngwema testified in my defence at my disciplinary hearing — but my editors still felt I’d failed to manage a [personal] conflict of interest,” he says.

He spent the next two years focusing exclusively on music — he’s a chart-topping producer/singer who has recorded albums with Gallo and Universal — building his own recording studio and record label Bomba Records.

“It was fun, but my real love has always been journalism,” he says.

In 2006, Sunday World offered him a position as investigations editor. But his roots have remained in Mpumalanga, and his reporting on the controversy surrounding Mbombela’s 2010 stadium and alleged political assassinations allowed him to claw his way back into the mainstream.

After selling Bomba Records, he was appointed as an investigative reporter at the Sunday Times in April. — African Eye News Service