Last US combat brigade pulls out of Iraq 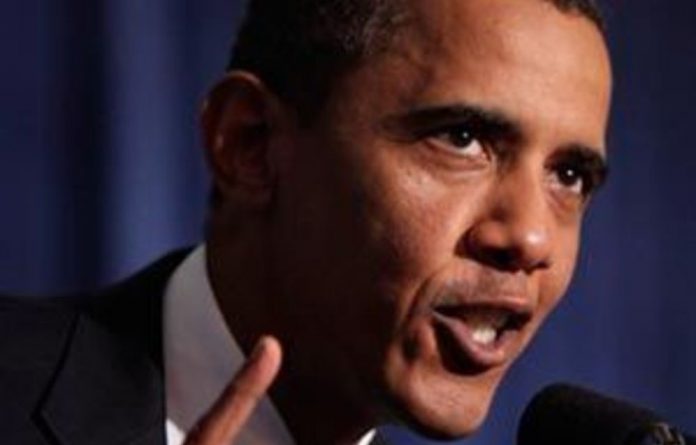 The last United States combat brigade pulled out of Iraq and crossed into Kuwait, almost seven-and-a-half years after the US-led invasion to oust Saddam Hussein, US media reported on Wednesday.

Television footage showed an NBC reporter travelling with the 4th Stryker Brigade, 2nd Infantry Division crossing the border around midnight local time to be followed in the coming hours by the rest of the brigade.

But the US military said there were still several thousand more US troops in Iraq that had to go before the drawdown was complete.

When it does, the official name of the US mission in Iraq will change from “Operation Iraqi Freedom” to “Operation New Dawn”, said Major General Stephen Lanza in an interview with MSNBC.

The pullout comes just one day after a suicide bomber blew himself up at a crowded army recruitment centre in Baghdad, killing 59 people, as violence coinciding with the Muslim holy month of Ramadan raged across Iraq.

The attack, blamed on al-Qaeda and the deadliest this year, wounded at least another 100 people and came a day after Iraq’s two main political parties suspended talks over the formation of a new government.

News of the milestone withdrawal was also carried by al-Jazeera and US media such as the Washington Post, CNN and the Los Angeles Times, many of which had reporters embedded with the departing troops.

Lanza, the military spokesperson, said there were still nearly 56 000 US troops in Iraq, but the number would fall to 50 000 by the end of the month.

“And we’ll continue to go through our responsible drawdown to meet that drawdown by September 1. It is about a transition to a change of mission, going from combat operations to stability operations,” he said.

US State Department spokesperson Philip Crowley, live on MSNBC as the footage was shown, described the end of combat operations as an “historic moment”, but vowed that America’s long-term commitment was unwavering.

“The last thing that we want to see is an occasion where we have to send troops back into Iraq yet again so we are ending the combat phase of our involvement in Iraq for a second time.

“We’re not ending our involvement in Iraq. We will have important work to do. This is a transition. This is not the end of something. It’s a transition to something different. We have a long-term commitment to Iraq.”

‘We’ve invested heavily in Iraq’
Crowley said that after spending $1-trillion in Iraq and with 4 400 lives lost, the conflict had come “at high expense”.

“We’ve invested heavily in Iraq and have to do everything we can to preserve that investment to integrate Iraq along with the neighbourhood into a much more peaceful situation that serves their interests as well as ours.”

In a letter dated August 18 and posted on the White House website, President Barack Obama also hailed the end of combat operations but made no mention of the final combat troops leaving.

“Shortly after taking office, I put forward a plan to end the war in Iraq responsibly,” the letter said.

“Today, I’m pleased to report that — thanks to the extraordinary service of our troops and civilians in Iraq — our combat mission will end this month, and we will complete a substantial drawdown of our troops.”

While most reports suggested the pullout of the 4th Brigade would take only a few hours, the Los Angeles Times said it would take three days for the 360 military vehicles and 1 800 soldiers to get down the road from Baghdad, through the Shi’ite south and into Kuwait.

The Pentagon would not confirm it was the pullout of the final combat troops, but has long said the number of American soldiers in Iraq would fall to 50 000 by the end of the month when combat missions officially end.

All US troops are supposed to leave the country by the end of next year, according to the terms of a bilateral security pact, and Obama has insisted the ongoing withdrawal is on schedule and will not be altered.

Warnings
The US troop pullouts have come despite warnings from senior Iraqi politicians and officers about the dangers of an early exit given the security situation and political uncertainty.

Iraq’s top military officer told Agence France-Presse last week on the sidelines of a Defence Ministry conference in Baghdad that American forces may be needed in the conflict-wracked nation for a further decade.

“At this point, the withdrawal is going well, because they are still here,” Lieutenant General Babaker Zerbari said.

“But the problem will start after 2011 — the politicians must find other ways to fill the void after 2011. If I were asked about the withdrawal, I would say to politicians: the US army must stay until the Iraqi army is fully ready in 2020.”

The pullout also coincided with the arrival of James Jeffrey, the new US ambassador to Iraq, who presented his diplomatic credentials on Wednesday to the conflict-torn nation’s head of state, President Jalal Talabani. — AFP