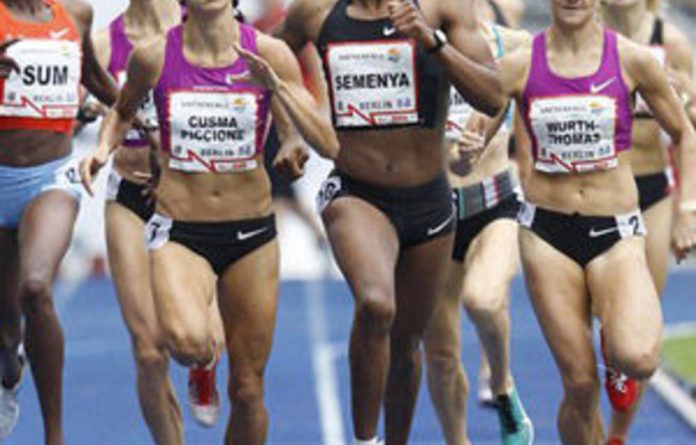 World 800-metres champion Caster Semenya silenced her critics by securing a comfortable victory at the Istaf meeting in Berlin, Germany, on Sunday, by crossing the line in 1:59,90.

Semenya, cleared to run against women by the International Association of Athletics Federations (IAAF) last month, improved her season’s best by 2,51 seconds.

Questions were raised about her ability after winning two low key races in Finland last month, with wide speculation that she had undergone medical treatment during an 11-month probe into her gender that had kept her off the track.

And while the 19-year-old was more than four seconds off the 1:55,45 South African record she set in winning the world title at the same Olympic Stadium a year ago, Semenya proved she was still capable of challenging the best in the world.

Settling near the back of the pack on the first lap, she broke away with 60m to go to finish ahead of Kenyan Cherono Koech, who placed second in 2:00,40.

“It feels good to be back in Berlin,” Semenya told AFP.

“I did not think about everything that happened after my gold medal, I just concentrated on my race and my time.

“My goal was to run under two minutes and I achieved that. When I won the race, this brought back memories of the 2009 final for me,” she said.

“After my training this year, I was a little disappointed with my competition results, but now I am happy as I can see progress.”

It was a good day for two-lap specialists in Berlin, with Kenyan sensation David Rudisha clocking 1:41,09 to break the 13-year-old world record of 1:41,11 held by Denmark’s Wilson Kipketer.

South African record holder Sunette Viljoen was placed fourth in the women’s javelin throw with a best of 60,66m. – AFP