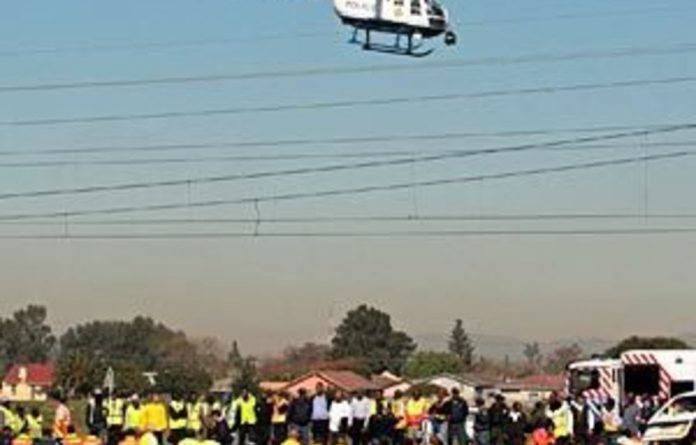 Forensic specialists investigating the scene of Wednesday’s crash between a commuter train and a taxi outside Cape Town found another body, bringing the death toll to nine schoolchildren.

“While the forensics people were on the scene, they found another child underneath the other children,” said police spokesperson Colonel Billy Jones.

“Those who died were three girls and six boys,” said Jones.

Five children were also injured. One was in a critical condition at the Red Cross Children’s Hospital, and four others were in a serious condition at Tygerberg Hospital.

Jones said that contrary to earlier reports, the ninth fatality was the extra child found on the scene, and not one of the injured on the way to hospital.

He confirmed what the Railway Safety Regulator (RSR) said earlier — that all protection measures were in place at the level crossing between Blackheath and Eersterivier where the accident happened, so police would conduct a culpable homicide investigation to try to establish the cause of the crash.

The driver of the taxi was also seriously injured and was taken to hospital for treatment, but nobody on the train was injured.

Road signs, flashing lights and booms were confirmed to be in working order, the RSR said.

“This is the maximum level of protection which can be afforded to a level crossing. The investigation will, among others, look at how the accident could have occurred, despite these measures,” said spokesperson Lavinia Mahlangu.

ER24 spokesperson André Visser said two children had to be cut out of the wreckage of the taxi.

They will then proceed to the Blackheath Civic Centre, where a disaster management team will debrief families and community members affected by the tragedy.

Counsellors
A team of counsellors would assist during the debriefing and would also provide counselling at the schools the pupils came from.

Both the RSR and Grant extended condolences to the families of those in the accident.

ER24 said Wednesday’s crash was the third major crash involving a train in Cape Town in the past three weeks and urged road users to be extra vigilant at railway crossings.

“The loss of any life, especially at such a young ages, leaves an indelible mark in the community, especially their families,” said Montana in a statement.

“We are doing all we can to ensure that we offer a helping hand to the affected families. Unfortunately as a parent myself, this is even harder to accept.”

He also extended condolences to the children’s families.

Metrorail investigators were also at the scene of the accident and were cooperating with the rescue service and the police. — Sapa