Buying Africa for a song 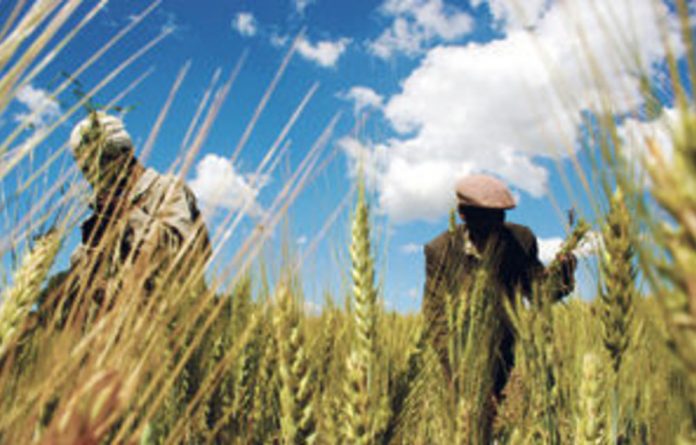 If dodgy emails offering millions in return for your down payment to repatriate a stranded Nigerian astronaut do not tempt you, then maybe this will appeal to your speculative side — a hectare of fertile African land on a 99-year lease — for $1 a year.

Think about it: crop prices are soaring, land is appreciating and importdependent rich nations almost guarantee you a never-ending export market. It’s starting to sound like that Nigerian astronaut deal. But this is not a scam.

Sadly, for anyone who happens to live on that farmland, there are countless examples of African governments handing it over at bargain prices to foreign investors, ranging from hedge funds to biofuel producers. Critics call it land grabbing.

The trend of buying or taking out long-term leases on land first came to prominence during the 2008 world food crisis. As food riots raged across the world, speculators and countries with their own food-security fears quietly sealed deals with African nations. Others call it neocolonialism.

Expanding, industrialising populations in need of plentiful food sources with cheap workforces take over vast swaths of Africa. But proponents, including some at the World Bank, see overseas investment in foreign farmland, particularly in Africa, as a way to modernise agriculture there, bringing more food and profits to the local population.

One of the difficulties in assessing the impact of the land grab is that many of the transactions are opaque and the extent of investment unclear, but the United Nations Food and Agricultural Organisation and other analysts estimated last year that nearly 20-million hectares of farmland — an area half the size of all Europe’s arable land — was sold or negotiated for sale or lease in just six months.

Pension funds are the latest players to look to farmland after the financial crisis hammered returns on traditional assets such as shares. The growing interest has prompted the World Bank to launch its own research into how developing nations can benefit from foreign money.

The release of the report has been delayed several times, but a leaked draft suggests that, so far, wealthy investors have largely threatened local resources and exploitatively targeted countries with lax laws and low charges. NGOs were hardly surprised by the headlines from the World Bank leak. They differ over whether even responsible land investment can bring benefits.

The British development charity, Oxfam, for example, believes that it can, whereas others hold that land sovereignty is paramount and that African land should remain in African hands. But there is broad agreement that deals are often done under the counter and fail to involve local people.

Survival International highlights the example of the tribes of the Lower Omo Valley in Ethiopia. The charity says that after losing their hunting land, as national parks were created in the 1960s and 1970s, local people then saw part of their territory turned into a state-run farm.

Now the government is brokering deals to lease out tracts of tribal land to foreigners and Survival says local tribes have had no say in the matter. This is not just about isolated tribes. The sheer numbers of Africans who depend on agriculture should ring alarm bells over what is at stake if opaque, bargain-basement land deals continue.

In West and East Africa, agriculture contributed about a third of GDP between 2003 and 2007, compared with just 1.6% in developed economies, according to the UN Conference on Trade and Development. Agriculture accounted for more than half of total employment between 2002 and 2006.

Go back to the proposition — a 99-year lease on arable land at $1 a hectare. To put that in context, farmland in Britain is selling at about £15 000 a hectare, according to the Royal Institution of Chartered Surveyors.

If you do not believe the low African land price quoted, how about the first-hand account of the farmer and philanthropist, Howard Buffett, son of billionaire Warren. He recounts the recent offer of an equity stake in a land deal being brokered by a hedge fund. The host government would provide 70% of the financing and a 98-year lease, requiring no payments for four years.

After that, the cost would be $7.20 a hectare a year. Another fund pledged yields of 15% to 20%, dwarfing the average return on American agricultural land of 6%. As Buffett says: “If I didn’t know better, this would sound like a great opportunity.”

He then spells it out. “Here’s what I’m sure of –these deals will make the rich richer and the poor poorer, creating clear winners who benefit, while the losers are denied their livelihoods,” he writes in the foreword to the report, “(Mis)Investment in agriculture: the role of the International Finance Corporation in the global land grab”, by the Oakland Institute, an American think-tank.

The counter argument is that with about a billion people living in hunger, according to the UN Food and Agriculture Organisation, the world’s developed nations cannot stand by and let fertile African land lie fallow. Anti-poverty campaigners challenge the notion that food is so scarce.

People go hungry in poor countries because they cannot afford food, not because it is unavailable, they say. There are models — in theory at least — where investing overseas could benefit both sides. With aid budgets squeezed, they may well become more desirable routes to development. Take this example from sustainable development specialist Mahendra Shah.

Under a shared-benefits deal on cultivated land, where the yield gap is large, food production of 100 tonnes is boosted to 500 tonnes with foreign investments in agricultural technology. This could be shared — 200 tonnes for the investor, 200 for the recipient and the balance of 100 sold on the local market, with the proceeds invested to benefit the local community.

Bodies such as the UN Conference on Trade and Development are optimistic that it is not too late for such equitable partnerships to flourish. It believes pension funds, with their apparent focus on reputation and accountability, could set new best-practice standards as they join the land investment trend.

Unlike speculators, they are more likely to think about the long term. But if African governments didn’t lease land at $1 a hectare, investors wouldn’t be able to buy at that price. The buck stops with the seller. African governments must consult their citizens, strive for national food security and know the value of what they are selling.

They must also know what not to sell — too often land is classed as “unused” and flogged on when, in reality, it is vital hunting ground or a water source for local communities and ecosystems. Investors need to do their due diligence in Africa, just as they would anywhere else. But the landowners, too, need to use the emerging tools available to them.

Land databases are being compiled, and methods to assess the value of farmland investments, including the socioeconomic returns, are being created by Shah and his colleagues at the International Institute for Applied Systems Analysis in Austria. This is the only way to forge clearer and fairer deals.

When world leaders gather at a UN summit in September to discuss the millennium development goals, including eradicating hunger, it may well be against the backdrop of a new world food price crisis.

Extreme weather has struck crops from Pakistan to Russia. They may conclude that part of the answer lies in African farmland. But they must ensure that food security for the rich does not result in more hunger for the poor. —

The chief of the Bank of England says claims of misconduct in the foreign exchange market are being pursued relentlessly.
Read more
Business

The prospect of a eurozone break-up intensified as borrowing costs around the region soared.
Read more
Business

NGOs claim the EU's biofuel target has led to a grab of fertile land and the felling of virgin forest.
Read more
Business

Central banks warn that pace of economic recovery is likely to be slow and 'choppy'.
Read more
National

Bloomsbury confident of life after Potter

Bloomsbury assured the market last week that the magic has not deserted it in the post-Harry Potter era and it is banking on a strong line-up of books in the year ahead. Reporting 2007 results, the publisher said it not only benefited from big sales for the final boy-wizard instalment, but also from the success of Khaled Hosseini's <i>The Kite Runner</i> and <i>A Thousand Splendid Suns</i> and other books.
Read more
Advertising
Continue to the category
Politics