Getting our greenhouse in order 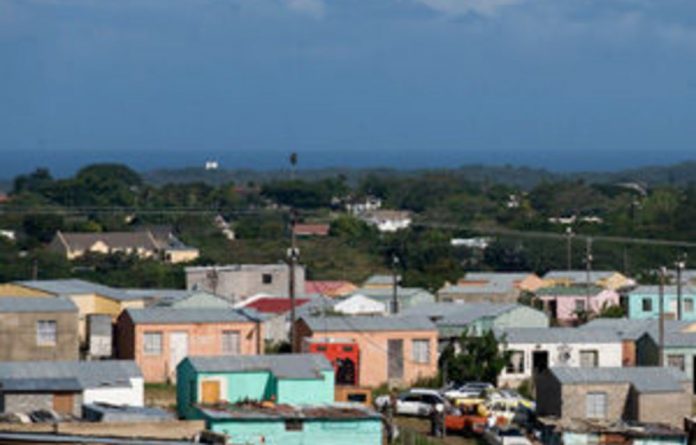 In December 2011 the world will again be watching South Africa, focused on an event that might be remembered far longer than the World Cup — the 17th meeting of the parties to the United Nation’s climate convention.

The hope of many is that the world may finally reach a just, legally binding and ambitious agreement on cutting carbon emissions — the agreement that Copenhagen failed to deliver.

Putting aside whether that’s likely, this means that an awful lot of attention is going to be focused on South Africa and raises the question — what example are we, as the hosts, going to be setting? Assuming we don’t want to be shuffling about trying to avoid the question, there are many exciting possibilities.

The most urgent step is a real commitment to energy efficiency. It is the first and easiest way to cut carbon emissions, one that often pays for itself, one that Eskom admits neglecting (Mail & Guardian, July 11), and for which researchers suspect there is immense potential. Used to having some of the world’s cheapest electricity, we have become immensely wasteful.

We could make it illegal to build RDP houses that do not meet the basic standards for energy efficiency much less human health. Women living in basic “eco-houses” do not celebrate cutting their carbon emissions — they celebrate having children who are not constantly ill.

New revenue model
We could find a revenue model for our cities that does not depend on the perverse incentives of keeping up water and electricity sales.

We can abandon the fantasy of the pathetic Copenhagen Accord, which “sets a global goal of keeping temperature increase below 2°C above pre-industrial levels, without jeopardising economic growth”.

Because South Africa is prone to greater warming than the global average, two degrees of global warming will probably prove extremely expensive for us.

It will be impossible to turn back the clock on carbon emissions without abandoning our obsession with GDP, which Nicholas Sarkozy, the French president, has warned is “destroying more than it [is] creating”. In South Africa our current growth model is working far harder for the rich than for the poor — people living in Constantia in Cape Town consume 14 times their fair share of planetary resources.

As the acid mine drainage crisis threatening Gauteng amply demonstrates, growth as we know it is creating enormous problems even before we take climate change into account.

Of course, we still need certain kinds of growth still. But it’s time to disaggregate it, to ask finally, as did Simon Kuznets, the man who formulated the GDP measure, what kind of growth do we want and for whom?

Green GDP
China, that supposed evil behemoth of the eastern hemisphere, has experimented with dropping GDP in some provinces in favour of a green GDP measure — and has seen pollution growth slow down.

We could reduce speed limits, cutting fuel use, making our roads safer and quieter and reducing the need for over-heavy vehicles weighed down with safety features. We could build on our new love for the Gautrain and restore our moribund national rail network.

Perhaps our politicians could lead by example and start adopting low-impact lifestyles. Cycling, cold showers, veggie patches — the body politic could only profit.

A deadly mix of financial and technocratic inertia and special interests drives us ever more relentlessly towards disaster. A massive roll-out of solar water heaters would save all the energy Kusile is intended to ­supply and cost far less.

It continues to generate misleading propaganda about the need for baseload power, which is in fact a property of overall grid management and not of individual power stations. Until the start of the current electricity planning process, it had apparently never encountered the ample research showing that renewable energy creates far more jobs than coal and nuclear.

The way ahead is reducing energy use, using what we have more efficiently and generating it from renewable resources. Our current choices will only become ever more ruinously expensive.

“The world in 2008 invested more in renewable power than in fossil-fuelled power. Why? Because renewables are cheaper, faster, vaster, equally or more carbon-free and more attractive to investors,” points out Amory Lovins of the Rocky Mountains Institute, which researches resource efficiency.

We could even look afresh at our manic determination to go nuclear. Building nuclear plants, as noted by the environmental freaks at Citigroup Global Markets in November 2009, carries construction risks, power price risks and operational risks “so large and variable that individually they could each bring even the largest utility to its knees”.

If we really had guts and vision, we could pledge, like several other countries, to become carbon-neutral. Those that have already done so are smaller than we are, with far less carbon-intensive economies.

But why should we limit our world-leading ambitions to hosting sports events?