Not yet uhuru in the Richtersveld 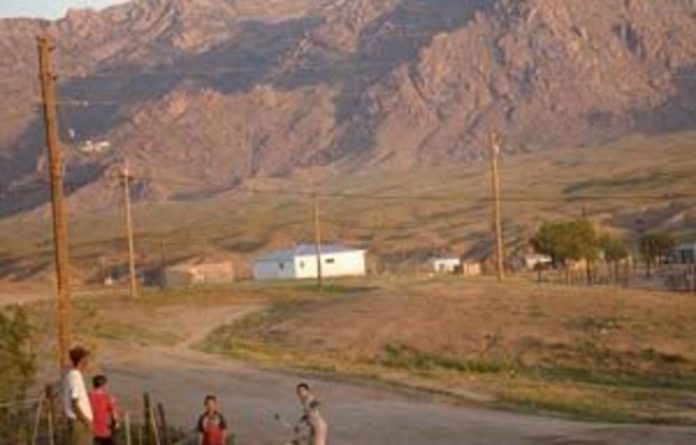 In 2007 the Northern Cape’s Richtersveld community won its celebrated case to secure reparations for the diamond fields it lost in colonial times. The rural community of about 2 700 won a 49% stake in Alexkor, the state-owned mining company in whose hands the diamonds fields had ultimately landed, plus large tracts of land and compensation worth hundreds of millions of rands. But there has been little progress since then and the community is now fraught with infighting, fuelled by outside interests that have sought to insert themselves as business partners.

At the centre of the battle is the Richtersveld Communal Property Association (CPA), also known as the Sida !hub (Our Land), which is the legal custodian of the assets won by the community. It is at odds with the Nama Council, a splinter group of community members financially backed by Cape Town-based publisher Desmond Sampson, the owner of Uhuru Communications, which publishes titles such as SAA’s inflight magazine Sawubona, the arts and culture magazine Rootz and the Richtersveld community paper Elandnuus.

What’s at stake is the outcome of the court settlement.

Willem Diergaardt, the CPA chairperson, says his work has been constantly disrupted by the Nama Council, whose members have come to be known as “the applicants” because it has taken the CPA to court four times since September 2009. The cases, which have included attempts to stop an AGM and put entities run by the CPA under judicial management, have drained more than R1-million out of the CPA’s investment company.

Diergaardt claims that Sampson and Uhuru Communications have divided the community by fuelling rumours of nepotism and mismanagement in the CPA, which Diergaardt denies. He says the executive committee of the CPA was democratically elected under the supervision of the Independent Electoral Commission and that “family structures in the Richtersveld are of such a complex nature as to make it near impossible to avoid family link in business and other structures in which community members are involved”.

“They are playing the old divide-and-rule game by giving support to the applicants. Conflict and court cases have become a common habit,” says Diergaardt.

Sampson — who says Uhuru is not just a publishing company but is also involved in heritage, cultural and land rights — says he was approached by community leaders in the area who said they were having “extensive problems with both government officials and predatory elements in their communities” who wanted to “hijack their people’s rights and inheritance”.

“I want to see justice done in the Richtersveld and throughout the traditional lands of the Khoi and the Boesmans who have been subjected to disgusting and insulting processes by both former colonisers and, sadly, other groups who feel they have the numerical, political and cultural power and hegemony to impose their will over our people.

“In this respect, I have exposed the criminality being perpetrated against our people, including using my resources for legal representation, cellphones and transportation and to ensure that people are able to conduct a viable fight for their rights.”

But according to a memorandum of understanding purportedly between Uhuru and three components of the splinter group, including the Korana Khoen, the Nama Khoen and the Khomani Sa Khoen, and signed by two of their leaders in May 2008, Sampson’s intentions appear to be more complicated than that. The memorandum outlines the creation of a Noord-Kaapse Inboorling Sake Struktuur (Northern Cape Native Business Structure), which would spawn an investment company half owned by Uhuru and half by the communities.

Sampson denies that he set out to benefit from his assistance to the community, saying it had asked for such a “partnership”, and that the 50-50 split was “to ensure equal responsibility”.

The leader of the applicants, Niklaas Phillips, of the Nama Khoen, confirmed that he and a few other individuals had approached Uhuru for help after they discovered that their names had been removed from the CPA voters’ roll in 2008 without being consulted. Phillips said that the applicants did not doubt or question Sampson’s motives because he had the same heritage.

“His [Sampson’s] own mother is a Nama, so you can see why he’s using his money to help us,” said Phillips. He pointed out that if it wasn’t for Sampson and Uhuru, the applicants wouldn’t have stood a chance in court against the CPA because they didn’t have money for lawyers.

But compounding questions about Sampson’s involvement is Aron van Wyk, a diamond dealer from Oudts-hoorn and a business partner of Sampson. Van Wyk and Sampson are listed as co-directors and, with their relatives and Uhuru’s financial director, are co-owners of the close corporation Arsa Diamonds.

Diergaardt claims that Van Wyk had come to the CPA proposing a joint venture involving mining projects with the Richtersveld’s small-scale miners. As part of the deal, Van Wyk wanted to be appointed to the CPA, a move that was denied by the chairperson of the group.

Van Wyk told the Mail & Guardian earlier this month that the initial idea was to grow Arsa Diamonds from a small diamond operation working with independent miners in the Richtersveld into a giant mining company with a diamond value chain in the area that would include diamond mining, trading, manufacturing and jewellery-making facilities.

But the plans never got off the ground.

“Desmond [Sampson] didn’t trust me with his money and he wanted to control the operational side of the business but he knows nothing about the [diamond] industry so we couldn’t agree,” said Van Wyk.

Sampson would say only that he was part of the company at one stage but that he and Van Wyk had decided to shut down the company, but Companies and Intellectual Properties Registration Office records show the company still exists.

In a letter to the CPA dated August 26 2009 Van Wyk wrote that he had acquired the support of a Jo’burg-based diamond merchant, Maurice Zollmann — whom he described as “adviser to the kingdom of Belgium” — to help uplift the Khoi people of the area. His plan, according to the letter, was to source funding from the Belgian government through Zollman.

But Zollmann — who 10 years ago was implicated by a United Nations panel of experts in trading diamonds for the Angolan rebel movement, Unita, which was then under sanctions — told the M&G he had no knowledge of the letter.

“I would like to categorically state that I have never given Aron van Wyk permission to use my name to further his commercial interests, at any time.” He also denied smuggling diamonds for Unita, claiming the matter “was clarified”.

Emily Smith, a long-time Richtersveld resident and a former member of the Nama Council, told the M&G that she had switched sides to the CPA after she found out that Uhuru had “coaxed” people into signing the business memorandum with Uhuru, which, she says, was supported by only 47 people from, Kuboes, one of the four towns in the Richtersveld.

“I wasn’t happy with the agreement because Uhuru stands to gain half of everything that we have just because of a small number of people who agreed to it without telling us,” said the former schoolteacher, who has lived in the Richtersveld for more than 40 years.

She said Sampson portrayed himself as “this nice guy who cares about the people and wants what’s best for them”, telling them, “Look at yourselves, you are so rich, you have R190-million, yet you are so poor.”

What is at the heart of the fight?
As part of the Alexkor settlement, the Richtersveld community was to receive more than 194 600 hectares, including a fertile strip of farming land along the Orange River and 84 000 hectares of diamond territory.

A reparation payment of R190-million plus a development grant of R50-million was also to be given to the community as compensation for the mineral wealth that was taken from the area during the years since the community was dispossessed.

The community was also given a 49% stake in Alexkor, a state-owned diamond mining company. Alexkor would also pay R45-million to the community to allow its staff to be housed in the mining town of Alexander Bay, which was also to be given to the community over a period of 10 years.

Four companies were set up to administer the community’s new-found assets: an agricultural company to develop the farms, an environmental company to rehabilitate the land after mining, a property holding company responsible for renting out the houses in Alexander Bay and a mining company to administer the 49% share in Alexkor.
But by the middle of 2010 only two settlement processes were legally complete: the agricultural farms plus the R50-million to recapitalise the farms had been handed over, and all three instalments of the R190-million reparation payment had been made.

The money appears not to have been spent but is being kept in trust.

Neither the title deeds to Alexander Bay nor the community’s mining rights (its 49% stake in Alexcor) has been transferred to the community.