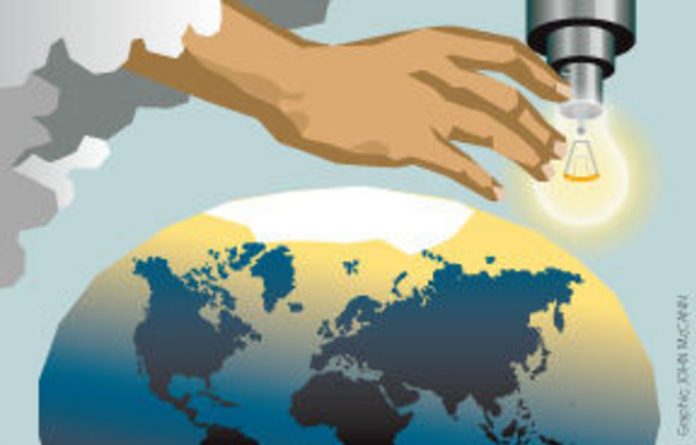 In the beginning was the word. And then came 140 words — or, more precisely, 140 characters. And at the rate that Twitter versions of the Bible are developing, there could be more than 140 000 words in the next few months.

Rivalling the speed of creation, as described in the first two chapters of the book of Genesis, tweeting the holy book has spread rapidly across the internet since news was reported of an English evangelist’s daily version last week.

News that Chris Juby in the English city of Durham was producing an almighty precis of the scripture’s 800 000-odd words to 1 190 daily tweets (@biblesummary) has prompted other versions from Eastern Europe to the United States, as well as a wider airing for similar existing projects.

Among these is the “Twible”, tweeted daily by American author and academic Jana Riess, who shared Juby’s feeling that the good book needed better reading, but with added jokes.

Where as Juby’s Twitter Bible plays things straight, the Twible adapts the Old Testament to the light-hearted quipping familiar in everyday tweets.

The story of Moses in Exodus, chapter two, for instance, is reduced to: “Baby Moses: I’m cool with floating down the Nile in a basket, but who is this Egyptian chick I’m supposed to call Mom?”

Riess, who converted to Mormonism as an adult, started condensing after hearing an Easter Sunday sermon that included a tweet of the Bible’s opening words in Genesis, chapter one.

Unlike Juby’s staid version, which tops off the actual text’s “In the beginning, God created the heaven and the Earth” with 17 equally straightforward words, Riess’s effort is played for laughs.

“I wanted to find humour in the good book too,” says Riess. “The project started with the one key hermeneutical [interpretative] question I felt no one was asking about the Bible: What would the Onion [satirical news website] say?”

She escapes to Private Eye in times of stress, such as her current tweeting episodes: “Lord help me, I am now dissecting the dynasties in the first book of Kings.”

The Twible’s way of coping with all the begetting and lists of names will be based on its super-subbed paraphrase of the whole book of Leviticus: “Don’t eat this. Don’t screw that. Don’t touch this. Don’t DO that. Thus saith the Lord.”

Other variants include TheFakeBible (@FakeBible), which, typically, is going through the huge operation not by chapter but verse by verse. There are also slightly longer summaries, including a “100-minute” edition and a version in text-message speak.

And, of course, there is the original biblical text itself. No tweeter has yet matched the economy of words in the gospel according to St John, chapter 11, verse 35. It reads simply: “Jesus wept.” —

With the Covid-19 pandemic exposing many structural cleavages and spurring racial tensions, it is likely that the post-pandemic South Africa will encounter new challenges and setbacks on the road to reconciliation
Read more
Friday