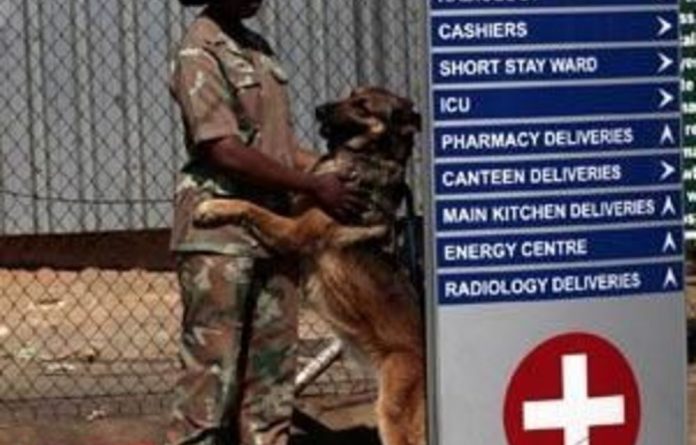 Asked if this meant the strike was at its end, he replied: “We hope so. The unions are consulting with their members and the government has called on them to expedite the process.”

A feedback meeting was scheduled for Wednesday, after which Baloyi would address the media.

On his return from a state visit to China, President Jacob Zuma instructed Baloyi to return to the negotiating table on Monday morning, expressing concern that the strike was affecting mostly poor people.

The new offer came after talks with unions, represented by the Congress of SA Trade Unions (Cosatu) and the Independent Labour Caucus (ILC), continued late into the night.

A Reuters source previously put the offer at 8% incorrectly.

Unions have been demanding a salary increase of 8,6% and a R1000 housing allowance.

Prior to the new offer government has said it cannot afford the demand for increases of more than double inflation to end the strike, which threatens to spread across the economy.

Zuma’s spokesperson said the president was particularly concerned about the strike’s impact on health and education.

“The president’s view is that the strike must end as soon as possible, in the next couple of days,” Zizi Kodwa has said.

South Africa’s biggest strike since 2007 in terms of lost man days has left bonds, stocks and the rand largely unaffected, but market players said the strike would cap gains by the rand and could have a bigger impact if it drags on.

Budget concerns
Analysts expect Zuma and the ruling African National Congress (ANC), which has typically given in to labour’s demands, to reach a deal soon, tilted in favour of the unions, and worry later about the damage to state spending.

“Politically, this is beneficial for Zuma because he is in a tight spot with the unions at the moment,” said Susan Booysen, a political analyst at Wits University.

“The country already has a high deficit. The rise may result in higher taxes as the government tries to balance its books.”

The strike has deepened a rift in the ruling alliance between Zuma’s ANC and the country’s largest labour federation Cosatu, which helped bring him to power but is disappointed with him not advancing left-leaning policies.

The continent’s biggest economy has been hit by a series of strikes in the private and public sectors in the past few months, which have led to above-inflation settlements.

Other disputes
In other disputes, workers at miner Exxaro have rejected an 8% raise and another strike at a Rio Tinto-BHP Billiton titanium joint venture saw operations shut down on Monday.

Cosatu has threatened to widen the strike this week to all its member unions, who it says represent about two million workers.

Workers in industries including mining will stage a one-day walk out on Thursday with Cosatu threatening a prolonged labour action that could bring the economy to a halt unless a settlement is reached in the state workers’ strike.

South Africa is the world’s fourth largest gold producer and largest platinum producer, with mines turning out about 488kg of gold and 385kg of platinum a day.

The country’s biggest firms, such as Anglo Platinum, Impala Platinum and Harmony Gold Mining, have stockpiles of the precious metal and would not be hard-hit if it was a one-day work stoppage.

Any agreement to end the dispute is likely to swell state spending by about 1 to 2%, forcing the government to find new funds just as it tries to bring down a deficit totalling 6,7% of gross domestic product. — Reuters and Sapa