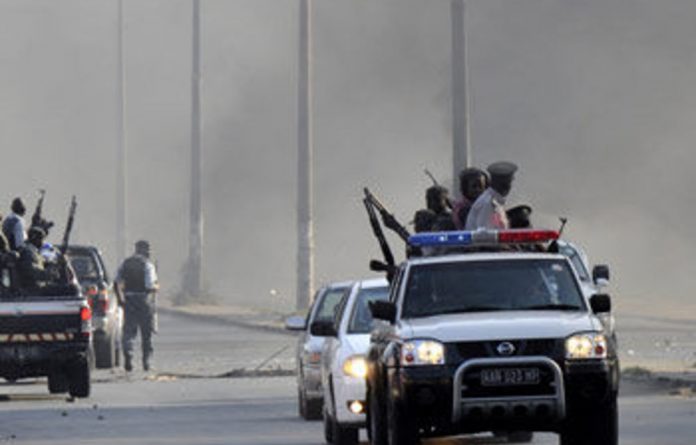 On Wednesday police and hospital sources said at least six people were killed, including two children, as police opened fire on protesters in the worst riots to hit the southern Africa country of 23-million people since 2008.

The rioting was prompted by a 30% rise in bread prices in one of the world’s poorest countries, which has never fully recovered from one of Africa’s bloodiest civil wars.

Home Affairs Minister José Pacheco said the government was trying to identify the source of SMSes and emails which have been circulating since Tuesday, urging residents to join the protests.

“We registered deaths, injuries, loss of property through use of stones and shooting by police using rubber bullets. There is no order to use live bullets,” Pacheco told private television STv.

Other top police officials said live ammunition was used in some places after police ran out of rubber bullets and citizens also reported that real bullets were fired.

“We are working on identifying the people who organised the protests and to put the blame for the deaths and injuries as well as destruction of property.”

While officials put the death toll at four, sources within the police and at hospitals said at least six were killed and STv reported 10 deaths, about 140 arrested, 27 seriously injured and 32 shops, including banks, looted.

“I cannot risk going to work, police are heavily armed and indiscriminately firing live bullets because they think everyone is involved. It is too dangerous and I’m stranded here,” said Gerson Marcos, a resident in Magoanine, a densely populated suburb on the outskirts of Maputo.

Residents of Mozambique say they have been hit hard by rising costs for basic necessities including bread, as wheat prices have soared around the world. Mozambique also has suffered from the rising costs of goods imported from South Africa, whose rand has strongly appreciated in value.

Pacheco said the riots must stop and urged citizens to air their grievances through dialogue with the government.

“The protests are illegal and they will not contribute to efforts by Mozambicans to fight poverty,” he said, referring to routine meetings between President Armando Guebuza and residents countrywide.

Guebuza on Wednesday condemned the killings and destruction of public and private property and called on Mozambicans to restore order, adding the government had made progress in implementing its strategic plan to improve food production, infrastructure and provide running water and better schools.

The violence was the worst since 2008 when at least six people were killed in protests over high fuel prices and living costs. The government agreed at that time to cut the price of diesel fuel for minibus taxis.

The former Portuguese colony was torn by a 16-year civil war from the late 1970s until a peace treaty was signed in 1992, ending fighting between the then-Marxist ruling part and South African-backed rebels. – Reuters