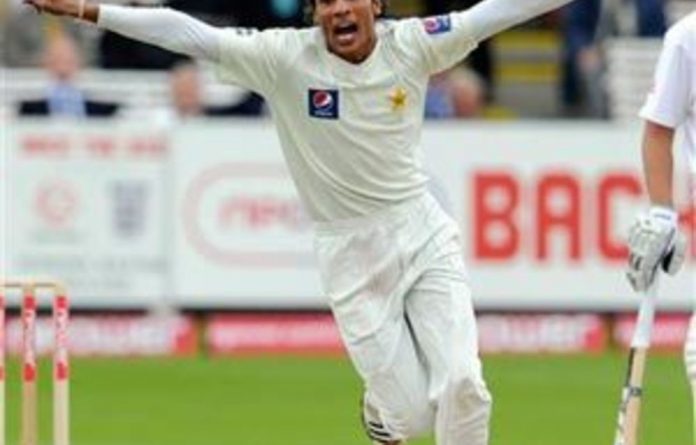 Three Pakistan cricketers embroiled in illegal betting allegations were axed from the team’s tour of England on Thursday as they prepared to be grilled about the scandal.

The players were all named in a News of the World report that alleged they were involved in a “spot-fixing” scam by bowling deliberate no-balls in last week’s Test match with England in exchange for cash.

The revelations have shocked the cricket world and led to calls from figures within the game that the players involved should be banned for life.

On Thursday, Pakistan officials confirmed the trio would play no further part in the team’s tour of England.

Team manager Yawar Saeed told reporters in Taunton, where Pakistan were to play Somerset in a one-day game, that the players would miss two upcoming T20 games and five one-day internationals against England.

“The T20 squad will remain what it is here this morning, i.e. 13 people,” Saeed said. “When we play the one-day internationals we will be asking for replacements to make the squad up to 16.”

Saaed added he could not comment about the three players’ state of mind, saying: “I cannot answer anything on their behalf because investigations are being made by Scotland Yard and the ICC [International Cricket Council] and others.

“The game must go on, cricket will be played at its best.”

The developments came as the players arrived at the Pakistan High Commission offices in London to face a scrum of media.

Butt, Asif and Aamer were quizzed by police during the Lord’s Test and had their cellphones confiscated as detectives tried to unravel claims the Pakistanis bowled no-balls to order as part of a betting scam.

“If it is true and they have been found [guilty of] match-fixing and throwing games and spot-betting with the no-balls and stuff, if that’s the case they should be thrown out,” Warne told reporters.

“It’s as simple as that. I don’t think there should be any other way to do it. If it’s fixed by players, they should be banned for life. Anyone who’s involved should be thrown out.”

Former England cricket coach Duncan Fletcher also adopted a hard line, writing in the Guardian newspaper that life bans were the only way to send a clear message to players who compromised the integrity of the sport.

“We must be ruthless and put the fear of God into people. Even the smallest transgression must mean that a career is over.”

The International Cricket Council (ICC) is investigating and has promised “prompt and decisive action” if the allegations are proven.

ICC chief executive Haroon Lorgat said he hoped there would be “some sort of conclusion” to the probe within the next few days. — AFP

Quinton de Kock’s cricketing brain has made him South Africa’s new ODI skipper. But if his batting genius is to win games on its own, first he must give up the keeper’s gloves.
Read more
Advertising
Continue to the category
National