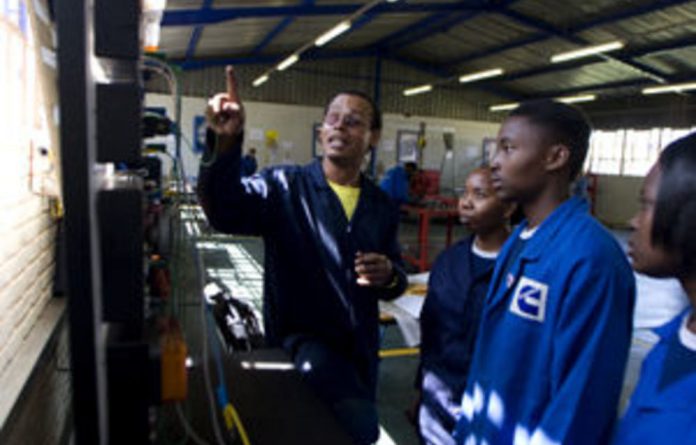 Resurrecting South Africa’s struggling further education and training (FET) sector will be an even more formidable task than government initially feared and will require a multibillion-rand investment before it can begin to alleviate critical skills shortages.

The department of higher education and training (DHET) has already extended its begging cup to Finance Minister Pravin Gordhan for an undisclosed amount but, with unpromising economic conditions, the bulk of the funds will have to be sourced elsewhere. The department is eyeing the accumulated billions of the National Skills Fund (NSF).

The main focus of the two-day national FET summit which starts in Gauteng on September 3 is to inform stakeholders and secure their commitment to the sector rescue plan. The basis of the plan was laid in a process begun by an FET round table hosted by the department on April 9 and continued by five task teams comprising government, organised business, trade unions, employer organisations and professional bodies.

Areas of work encompassed investigating models of autonomy and legal/policy actions, programmes, planning and funding for 2011 and beyond, examinations and planning support for colleges for next year with regard to staffing and learner recruitment.

A discussion document compiled by DHET director general Mary Metcalfe said the project had proceeded “very well” but that post-summit processes will be “critical”.

“We are planning to inform all colleges of the recommendations of the summit and of the decisions of the minister [of higher education and training]. After the summit, we plan to work intensively with provinces and prioritised colleges to provide support for their operational planning for 2011 and implementation of the summit outcomes.”

A footnote adds that analyses by the DHET have shown that 30 colleges are in the high-risk group of institutions, the functionality of which is threatened as they “will not have sufficient NPNC funds and/or their salary costs exceed the total income budget”. [NPNC means “non-personnel, non-capital costs” — that is, operating costs excluding salaries.]

“These colleges are operating at a deficit and it would not be possible for them to carry out their mandate of effective teaching and learning. In addition, staff retrenchments may become necessary because of insufficient funds.”

The footnote concludes that nine of the colleges were presented with qualified audit opinions.

There are currently 50 FET colleges operating on 263 campuses throughout South Africa.

Metcalfe says that the original terms of reference of “task team five” included:

“We now think that this task has been underestimated,” the document says. “Our work has shown that previous change initiatives have too often been hastily introduced, superficially explained and communicated, imposed on the system with limited understanding of the consequences at college level and without the necessary resources and support.

“Colleges face considerable challenges in terms of the interrelated tasks of academic planning on the basis of programme funding and managing the human resources consequences of this, both in enrolment and staff planning.

“In addition, the complexity of the programme planning with complementary funding streams will require support.”

Other DHET documents reveal that the department will embark on a massive media campaign in January explaining post-school options as a prelude to the 2011 academic year. The campaign will focus on FET college programmes, learnerships and the activities of skills centres.

This follows from DHET Minister Blade Nzimande’s comment, while presenting his departmental budget in March this year, that “we must dispel the perception of colleges as a ‘consolation prize’ to university entrance and make them institutions of choice”.

Of the R32-billion national budget for education and training, R17,5-billion was allocated to universities and only R3,8-billion to FET colleges.

‘There are Mechanisms in Place’, comprising text, poetry and visual analysis of Pamela Phatsimo Sunstrum’s practice, reveals how working together is a powerful philosophy
Read more
Advertising
Continue to the category
Politics