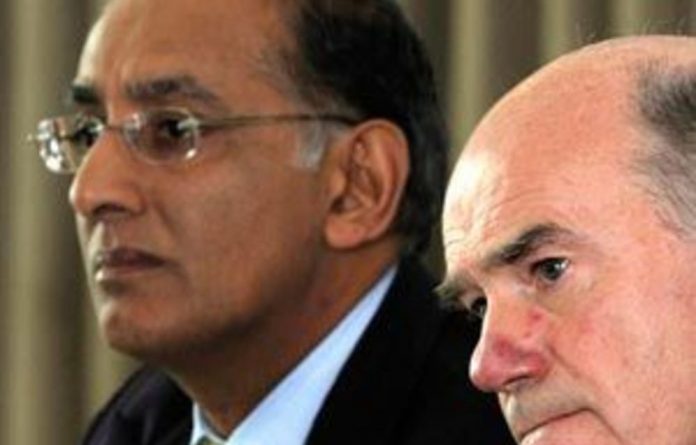 International Cricket Council (ICC) boss Haroon Lorgat said on Friday the betting-scam allegations involving three Pakistan players had the potential to be the worst corruption case in cricket since that of South Africa’s Hansie Cronje.

But ICC chief executive Lorgat, himself a South African, insisted the suspension of the three players did not represent the “tip of an iceberg”.

Lorgat, speaking at a news conference at Lord’s on Friday, said: “In terms of corruption in the sport, this must rank as the next worst since the Hansie Cronje case.”

A decade ago, former South Africa captain Cronje, who died in a plane crash in 2002, was revealed to have accepted money from bookmakers in a bid to influence the course of games as well as trying to corrupt his teammates.

Britain’s News of the World newspaper alleged that it paid Mazhar Majeed, an agent for several Pakistan players, £150 000 in return for advance knowledge of prearranged no-balls — normally accidental — which could then be bet upon, in last week’s fourth Test against England at Lord’s.

The tabloid named Test captain Salman Butt and pace bowlers Mohammad Amir and Mohammad Asif as the players involved and the trio were all provisionally suspended by the ICC on Thursday.

Lorgat, who insisted the ICC had not, to his knowledge, “buried” fixing cases involving past players, insisted ignorance would not be a defence for any of the trio, even the 18-year-old Amir.

He added they would have all received briefings from the ICC’s Anti-Corruption and Security Unit (ACSU) about the dangers of match-fixing, some as many as “three or four times”.

‘Arguable case to answer’
ACSU head Ronnie Flanagan denied the fact players had been banned on the back of a press report represented a “failure” for his organisation.

“If the charges are proven, I congratulate the News of the World on what it’s done, but it [sting operations] is not something the ICC want us to engage in. We can’t be 100% fool-proof.”

He added the ACSU had “prevented” many instances of possible corruption.

“The conclusion that we have come to is that there is a really arguable case to answer,” the former Northern Ireland police chief explained.

Pakistan’s High Commissioner to Britain, Wajid Shamsul Hasan, said on Friday the ICC had “no business” to suspend the players while the police investigation was ongoing.

But Lorgat insisted the ICC was not singling out Pakistan, saying it was trying to help the country remain fully involved in world cricket despite the fact it has become a no-go area for the international game since last year’s armed attack on Sri Lanka’s team bus in Lahore.

“I can assure you there is absolutely no truth there is a conspiracy against Pakistan cricket.”

Meanwhile, Flanagan reiterated the ACSU had, as yet, no evidence that January’s Test between Australia and Pakistan had been “fixed” after Australia overturned a huge first-innings deficit to complete a remarkable win.

“Our view is that it was a dysfunctional tour, things went on that were not in the spirit of the game but we have no evidence they were for financial gain.”

However, he added: “The ACSU continuously looks at information we receive.”

Earnings gap
There have been concerns the vast gap between the earnings of Pakistan players and their counterparts in wealthier nations made them particularly vulnerable to underhand approaches.

But Flanagan said: “I assume they are paid in terms of market forces, but whatever they are paid can be no excuse for corrupt or criminal behaviour.”

The ICC has charged Butt, Aamer and Asif with “various offences” under its anti-corruption code and has suspended them pending a decision on those charges, which Flanagan declined to specify as part of his wish to ensure “scrupulous fairness” for the players.

He added this case might lead to a strengthening of the ACSU and, in a wider context, a more coordinated approach amongst all sports when it came to combating issues involving betting scams.

“I do not see this as tip of an iceberg. It’s not a contagion widespread throughout cricket, we need to look wider than cricket,” Flanagan said. — AFP

What a difference a summer makes!