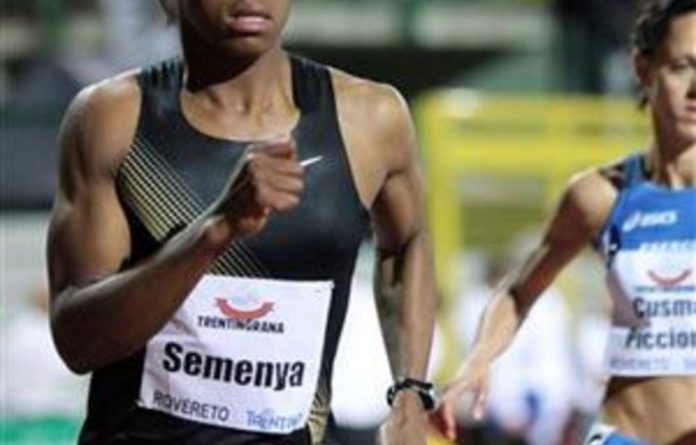 Sport and Recreation Minister Makhenkesi Stofile, who was briefing the sport portfolio committee on the results of a forensic report into ASA’s finances and its handling of the Semenya affair, said it was found Chuene had defied all the medical advice he received on Semenya before her 800m race.

“They advised that this lady should not run, because it was going to create a psychological problem for her to run and be queried,” Stofile said.

ASA’s doctor, Harold Adams, who also served on the International Association of Athletics Federations (IAAF) committee on health and medicine, had advised Chuene that Semenya be withdrawn from the race.

“The report found that Mr Chuene ignored that professional advice and went ahead.

“As such, they accuse him of gross misconduct as well as bringing ASA and the sport of athletics and Sascoc [South African Sports Confederation and Olympic Committee] into disrepute. He must face disciplinary hearings,” Stofile said.

The Sascoc took control of ASA and suspended its board, including Chuene, last November for the duration of the forensic audit.

“It was a rude invasion into the privacy of a young lady and a rude violation of her rights,” Stofile said.

Semenya, who was cleared to run again by the IAAF in July after the findings of an expert medical panel, had not participated competitively in athletics since undergoing gender tests at the Berlin world championships.

The report, Stofile said, had found that ASA’s board members were “just as guilty”, because of their “vote of confidence in Mr Chuene”.

The report contained “various allegations” against the board, including mismanaging the assets of ASA with respect to payments to individuals, per diems and allowances, tax evasion and non-compliance with the Companies Act.

“Those are the things I suppose they say are sensitive, because they must be tested in court,” Stofile said.

Refusal to appear
Sascoc refused to appear before the committee on Tuesday to answer questions on the report’s findings, raising the ire of MPs, including committee chairperson Butana Komphela, who said the body had “snubbed” the committee and shown “arrogance”.

Sascoc laid charges against certain individuals from ASA in August, as recommended in the forensic report.

Eight ASA board members, including Chuene, were suspended last November.

Stofile said due process had to be followed before Sascoc answered questions on the report.

“What needs to be done is for due process to take place and for those things to be tested in court,” he said.

The positive that had come out of the debacle was that “a new benchmark” on testosterone levels had been set for women’s athletics.

“Scientists have now laid a benchmark for the world on what constitutes fairness and gender equity for sport,” he said.

African National Congress MP Mgolodi Dikgacwi said Sascoc was “arrogant” and the report given by Stofile was “nothing sensitive”.

“It is clear it is arrogance,” he said, adding that Chuene had been vindicated for allowing Semenya to run. “All these people who were advising Chuene to withdraw [the] girl from participating, that advice was wrong.

“If she was withdrawn we would not have been an 800m champion. So that advice was completely wrong.

“This vindicates president Chuene and indicates that his decision was 100% correct to allow her to participate,” he said. — Sapa