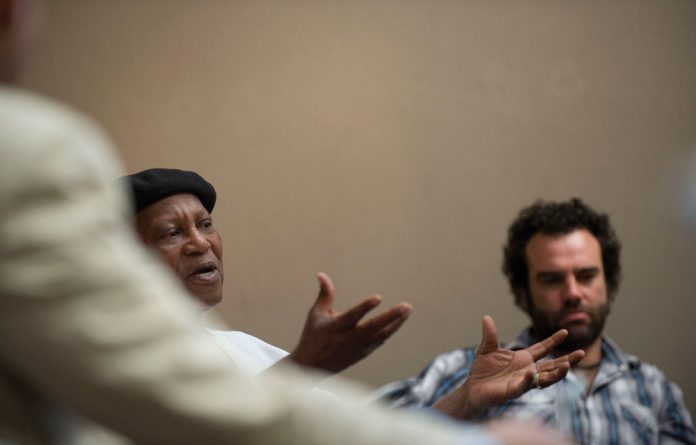 At the M&G‘s Litfest, a panel member told the audience being a democratic South African is a troubled relationship, but true citizens don’t quit, they seek new solutions. Tarryn Harbour reports

‘South Africa is like a bipolar patient who refuses to take his medicine,” veteran journalist Max du Preez told the audience at the Sunday morning session of the Mail & Guardian Literary Festival in Johannesburg. “We’ve had fantastic highs, like the Fifa World Cup, and deep lows, like the strike. At the moment it’s depressing around here, but we’ve got to fight it. It’s time for a new activism.”

Du Preez was part of the panel discussion on the topic, “Being here — South Africans in 2010”. He was joined on stage by fellow journalist Kevin Bloom and academic professor Pitika Ntuli. The session was chaired by M&G editor Nic Dawes.

Du Preez said that though he felt “deeply betrayed and disappointed” by the government, he wanted to help fix the problem. He understood why people didn’t simply abandon the ANC and vote for another political party: “It’s hard to stop believing in the dream of freedom and democracy in our country,” he said, but the whole concept of democracy had been altered. “It’s not universal democracy; it’s majority rule.”

There must be a “new activism” against this: the twisting of democracy to suit those in power and against forms of oppression such as the Protection of Information Bill and the media appeals tribunal.

“But I’m concerned that this fight will be tainted with a reactionary attitude, with people who hate the ANC. This is not a fight against the ANC, but against a clique which thinks ‘We are the state’ and so can’t be accused of stealing from the state, because how can you steal from yourself?” said Du Preez. “There’s no other way out but to become an activist.”

Although he felt at home anywhere in the world, his only home was in South Africa. “My passion for living here is not a rational thing. I sometimes wish I could contemplate living elsewhere — But it’s not a question I ever think of.” This is something he attributes to his Calvinist heritage: “It means I can’t abandon anything.”

Du Preez said the big challenge lay in getting South Africans to understand their single, combined history better. “We live as if the past didn’t happen, but it still matters.” He cited the South African War as an example of how something that happened more than a hundred years ago is still a fresh wound in people’s minds.

“It is part of my job as a Calvinist to help people understand their history,” he said.

Being an African who was born in Africa is different to being an Africanist, which is a choice, he said. A choice “to say: ‘for bad or good, this is where I actually belong’,” said Ntuli. He said that moving between intellectual circles in London and people back home, he ended up “floating in the air”, always wondering if he was in the right place.

Kevin Bloom, who wrote the book Ways of Staying, said the question of “how” to stay is more interesting than “why”. “Questions are more important than answers. South Africans in particular have a thirst for answers. It’s a function of our history. There’s a panic that we’re no exception to history, which is also why we constantly analyse our politics.”

Bloom related an incident in 2007 when he was in Orlando, Soweto, with a group of volunteers during the public servants’ strike. A 25-year-old volunteer told him about how his mother, living with HIV/Aids, was unable to get her antiretroviral medication because of the nurses being on strike. “Then he turned to me and asked: ‘When are you going back to your country?’ I lived 15km away. But white South Africans don’t go into Soweto. The only white people there are from Scandinavian non-governmental organisations. It was one of the most profound things ever to happen to me as a journalist.”

Du Preez questioned the notion of the true intellectual as one who was not at home anywhere, saying that you can’t criticise what’s going on in your country if you’re not there, or if you constantly threaten to emigrate. He likened the state of living in South Africa to his parents’ marriage: “It wasn’t always happy, but they knew divorce wasn’t an option. We need to work through our problems.

“My being is totally African,” he said. “My mix of heritages makes me indigenous.”

It’s important to talk about the things that make us uncomfortable, said Du Preez. “The problem with white identity, with its complex heritage and minority status, is that we’ve allowed the racists to take over white society. We need to fight racism and ignorance among ourselves.”

Said Ntuli: “We have to engage with the disjuncture in our own psyches. We are uncomfortable with sharp dichotomies, but it’s not either/or, it’s both. We are good at defining what we want to do, but not at finding the practical strategies to do it.”