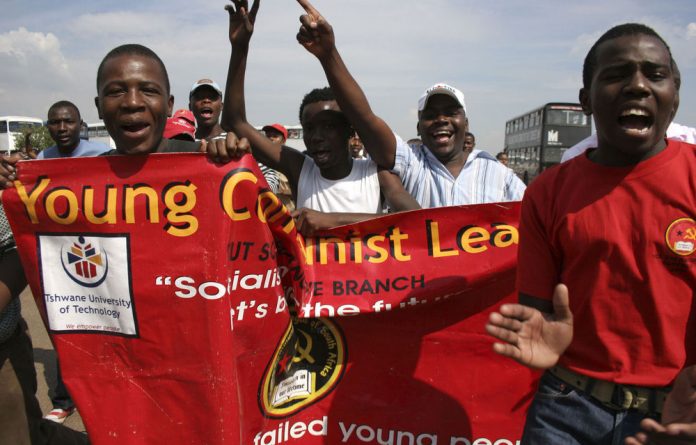 Attacks on President Jacob Zuma are continuing to polarise the Young Communist League.

In a statement he sent to the Mail & Guardian this week, he warned against “liquidating the YCL into a Zuma Charmers’ League”.

On Monday the YCL issued a statement distancing itself from Masondo’s views.

But Ngobese’s statement criticised the YCL leadership, saying the “attempts to isolate and embarrass” Masondo highlighted the perceived intolerance of different views that has come to characterise the Young Reds. Said Ngobese, who is the first to come out publicly in support of the embattled national chairperson: “Masondo’s article offers an honest and refreshing analysis.”

The battle is reminiscent of the split that manifested itself prior to the ANC’s Polokwane conference. In 2006 the YCL suspended its then-deputy national chairperson, Mazibuko Jara, over a paper he had written that was leaked to the M&G. In it he questioned the communists’ support of Zuma.

The Young Reds disowned Jara’s paper, titled “What Colour is Our Flag? Red or JZ?”, arguing that it had no status as it was not formally presented to the league and did not represent its views.

National secretary and ANC MP Buti Manamela said the league had distanced itself from Masondo’s article because the chairperson did not represent the views of the league, but had mentioned his leadership position at the end of the article.

“We should tolerate the fact that he wanted his views to be made public,” Manamela told the M&G this week. “We respect his view and whether we share it or not as an organisation, that’s neither here nor there. What is important is that we have to make a distinction between people expressing their own views and the views of the organisation.”

He denied that the YCL was intolerant of different views, calling the allegation “malicious”.

“We have equal opportunity to express ourselves and we then reach an agreement which will be the position of the organisation,” Manamela said, pointing out that once the leadership had discussed things and arrived at a particular view “it is our collective responsibility to communicate that view in spite of initially having different views”.

In his piece Ngobese did not hold back on his views on the succession battle. In a clear reference to the ANC’s leadership contest for 2012, he said the YCL’s choice of “which horse to bet on” should be a “tactical consideration”.

“Betting on a certain horse should not mean that that horse must have unlimited space to pour dust and grass in the eyes of the working class and the poor in this country,” he wrote.

“The working class knows that it is not a matter of coincidence that those who are related to the president of the country have suddenly become instant billionaires.

“The poor know that there is a direct link between the slow pace and poor nature of service delivery and the instant riches of the many tenderpreneurs in the ANC and its leagues.”

Manamela denied that there was a reluctance to criticise certain leaders, particularly Zuma. He said those making the allegation were playing the “politics of convenience” and that regardless of suspicions about the leadership’s motive, discipline was crucial in the YCL.

One national committee member mentioned that purging leaders not supportive of Zuma ahead of the YCL’s elective conference in December was a possible driving force behind Masondo’s criticism.

But Manamela said: “The fact that we are going to conference does not mean people should do as they please. Members are expected to behave according to the requirements of the constitution whether there is a congress or not. Even after the congress, there must be an organisation that remains respected by all.”