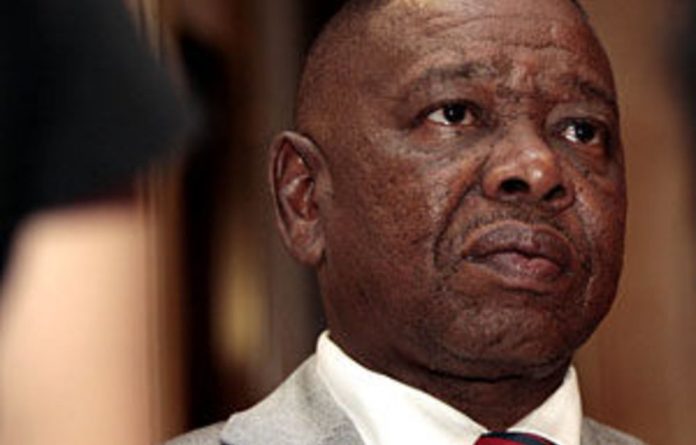 A lot of “dirty money” was doing the rounds in the ANC, South African Communist Party general secretary Blade Nzimande said on Thursday.

The “scourge” of money-based factionalism would be raised at the ANC’s national general council in Durban next week.

“If we allow this thing of buying others and being bought, it’s not just a danger to the alliance, it’s a danger to the country. If such practices are allowed to succeed it means the entire country will be turned into one big tender.

“The country will be sold to the highest international bidder.”

Nzimande said the SACP was committed to its alliance with the ANC and the Congress of South African Trade Unions.

“We have ANC president [Jacob Zuma] really committed to unity in the alliance,” he said.

“We a have challenge to develop this country. If you divide the alliance with tasks still to be done, we run the danger of fracturing the country.”

“Every economic issue that will be raised at the NGC will be subject to one test — is it contributing to the growth path of our country?”

Nationalisation of mines, Nzimande said, had to be used to benefit the majority of South Africans and not a small groups from “BEE-type companies”.

“We should ask ‘nationalisation by who, for who and for what?'”

Nzimande said at the moment it was possible to get a licence to mine coal “just like that”.

“Many people have been enriched by that. That it is criminal. It is money that could be invested in productive economy.”

Nzimande said the problem with empowerment was that it was based on giving equity shares.

“The crime about narrow BEE at moment is that it is based on the principle of giving equity shares, by taking money that could be used in productive investments into shares.

“Many of these black shareholders do not even understand the operations of the companies in which they bought shares. It is money that is used to finance luxury lifestyles.”

Media must ‘give due where it is due’
Meanwhile, South African Communist Party general secretary general Blade Nzimande told the press club that if the majority of people read newspapers, the ANC would have been voted out of power long ago.

“We feel that, generally, the media has positioned itself as opposition to government,” said Nzimande.

“Why, even with this harsh criticism, does the ANC still come up with a two-thirds majority?” he asked.

“If our people were following newspapers they would have long voted out the ANC.”

Nzimande said that suppressing the media would be “dangerous” and that journalists should be allowed to write what they like.

The SACP and its alliance partner, the ANC, wanted a more “transparent” media that gave credit “where it is due”.

“In the SACP, we don’t want the suppression of the media. That is dangerous. It is absolutely dangerous,” Nzimande said.

“But what we are saying, is that the media should have used this opportunity to look at itself. Playing a positive role doesn’t mean supporting the ANC or SACP, but give due where it is due.”

Nzimande said the ANC did not want a tribunal “that will register or deregister parties” or one that will “tell the media what to write or what not to write”.

“The media can write whatever it likes,” he said.

“We are not saying punish or jail journalists. All we are saying is that we need a more transparent media.”

Nzimande said it was unfair that when a complaint was laid with the press ombudsman “you waive your right to take this matter further”.

“I would like to challenge this some day,” he said.

“How can you have a self-regulating body taking away my right to go to court. It is unconstitutional.”

Part of the problem was that the media was monopolised by a few media houses.

Nzimande said there was concern about the “juniorisation” of newsrooms, which was having a negative effect on investigative journalism.

“The commercial pressures of the media lead to a number of unintended consequences,” he said.

“Part of what is causing consternation in the SACP and ANC is that stories [are] written that are highly damaging to people, with no ways and means available to ensure appropriate measures to try and deal with instances of transgression.” – Sapa