Nothing ‘basic’ about going back to basics 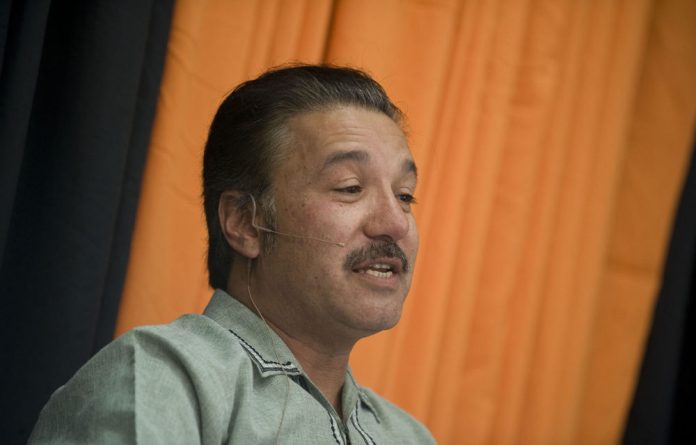 Behind the orange and black drapery, artfully hanging on the back wall of The Room, the venue for Session 4 of the Mail & Guardian Literary Festival, was an empty bookshelf.

A large, impressive, glass-fronted bookshelf with absolutely no books in it. This, said discussion chair and M&G education editor David Macfarlane, is an appropriate symbol of our education system: expensive, but delivers little.

The title of the session was “The ABCs of RSA — so where to, education?” The panellists were Cynthia Kros, associate professor at Wits and author of a book on apartheid education, Salim Vally, researcher at the Wits Education Policy Unit, and Sipho Seepe, the former vice-chancellor of Vista University.

Kros admitted she found the department of education’s much touted Back to Basics policy “scary”. “There’s no going back for South African education; it was no paradise back then,” she said, explaining that she associated the concept with basic training in the army and the militaristic nature of white education during apartheid embodied in veld school.

“One of the good things about OBE was that it taught students to do things like write argumentative essays,” she said. “If we aren’t equipping people with critical thinking skills, it’s worrying.”

Vally warned about seeing any policy as a panacea for all the wrongs in education, not unlike the Fifa World Cup and the country in general. “OBE today has become a swear word, a shorthand for every dissatisfaction we have with the state of education.”

He reminded the audience that it was important to take into account the socioeconomic context of schooling: the stratification across regions, races and social classes; the fact that only 8% of state schools had libraries and that most of these were fee-paying former model-C schools; and the problem of overcrowding.

“OBE largely benefited the schools that were already advantaged and, in fact, was not implemented in most schools, or was implemented in a way that reflected the ways of the past” — children learning the stated learning outcomes off by heart, for example.

“We must recreate a situation in which destruction of property is unacceptable and teachers are held in high esteem,” said Seepe. “We must move away from the extremism of a ‘panacea’ solution and instead critically engage with the issues that will help suggest solutions.”

Macfarlane warned of the danger of “silo thinking”: the assumption that what happens in schools is unrelated to what goes on in other education sectors. He pointed out that less than 2% of the education budget is spent on early childhood development programmes, which are meant to benefit all children from birth to nine years old. “Adult education is still a huge priority: about five to eight million South African adults are illiterate. Yet adult education receives a similar proportion of the education budget [2%],” he said.

Linda, a teacher and audience member, explained how she saw the concept of Back to Basics: “It’s looking at the failure of the past 12 years and trying to fix it, taking the [administrative] clutter out of teaching and schools,” she said. “Letting the teacher teach.”

Vally agreed with this. “It’s about learner support material, properly trained teachers, getting libraries into schools and proper early childhood development. These are the basic building blocks of a successful education system.

“Basically, we should be spending more money on education than on military jets,” he remarked to general applause.

Vally also supported the idea of lifting teachers’ academic burden through the employment of teacher assistants, citing a recent Human Sciences Research Council study that found that 56% of teachers were stressed.

The general attitude towards education also affects the success or failure of the system, said Seepe.

“Currently, it leaves much to be desired. Education must be popularised and the lack of integrity in the sector must be addressed.”

Said Vally: “We have to do something with our 300 000 teachers. We can’t give them a lamp and three wishes and expect them to cope. We need social movements that will go beyond government bodies and demand accountability of the schools and government.”