Zuma mixes with movers and shakers 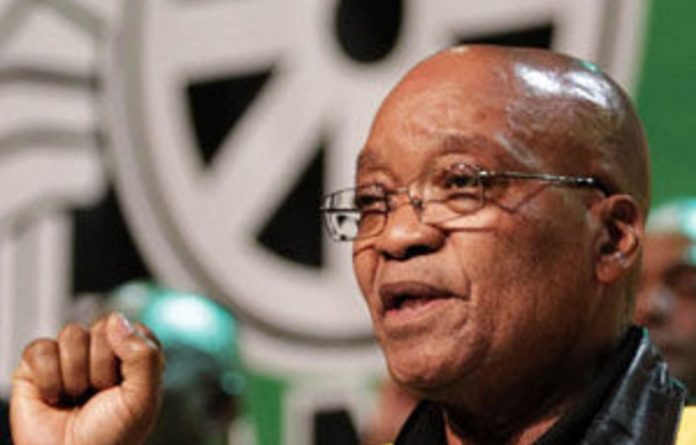 President Jacob Zuma took time out of the national general council on Wednesday to pay homage to patriotic companies that had bought stalls in the ANCs network lounge adjacent to the Durban Exhibition Centre.

Aptly named the Coast of Dreams, the lounge has attracted big names in business, with Absa chairperson Maria Ramos greeting Zuma when he visited the Absa stall on Wednesday.

Other companies that bought stalls at a price tag of R75 000 included Accenture, MultiChoice, Basil Read, MTN, Vodacom and Emirates.

A corner stall was allocated to De Beers, but the diamond company never arrived to occupy the space.

The network lounge is a project by the ANC’s progressive business forum, where the party gives business people an opportunity to mix with high-level ANC officials in government and Luthuli House.

Stand and engage
ANC secretary general Gwede Mantashe on Tuesday said it was important for the party not to be seen as anti-business and the party stood ready to engage with corporate South Africa.

Insiders say that at the meetings, business people are assured that issues such as nationalisation would never be implemented, despite the insistence of the ANC Youth League.

During his tour of the network lounge, Zuma was presented with a portrait of himself by Jay Ramnundlall, the chief executive officer of PC Training.

Ramnundlall told the Mail & Guardian the gift was to celebrate Zuma’s role as an eminent person in the province.

Ramnundlall said that 10 years ago, the debate had been whether a Zulu person could become president. “Now we know it can happen,” he said.

Forum official Darryl Swanepoel said the purpose of the network lounge was to provide the ANC and business with an opportunity to engage with each other.

He said it was important for the party to understand its impact on business, and vice versa.