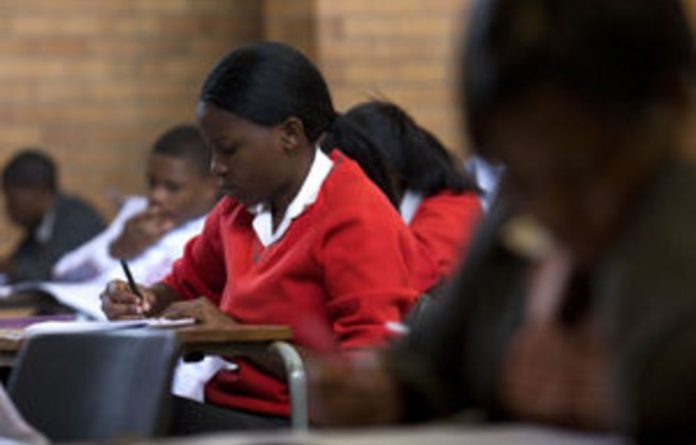 Following Basic Education Minister Angie Motshekga’s emphatic announcement in July that outcomes-based education (OBE) was dead and buried, education experts have raised the alarm about what is to replace it.

This comes in response to documents detailing the intended successor to OBE posted on the basic education department’s website recently. They provide new syllabuses and assessment procedures for every school subject in all grades.

Motshekga said in July a “repackaged curriculum” would begin in January for grades R to three and proceed successively through the higher grades thereafter.

But that is where alarm bells have started ringing with curriculum experts, who spoke to the Mail & Guardian, saying that implementation as soon as January was not feasible and that the comment period the department had allowed for these documents — until October 18 — was ridiculously short.

Related problems concern the quality of the draft syllabuses, the training of teachers in these new syllabuses and textbooks.

Readiness
“It’s a bit of a push to implement it next year,” said Ruksana Osman, the head of the Wits school of education, suggesting that not all teachers would be able to implement the new syllabus on time.

For English teacher and textbook author Marion Diggs, South African schools are too “fragile” to rush into yet another revised curriculum: “Everything is too rushed and our teachers are going to struggle to teach properly.”

Syllabus quality
No educationist the M&G spoke to had read all syllabuses across all grades.
Martin Prew, the director of the Centre for Education Policy Development, said English and history in the senior phase (grades 10, 11 and 12) mixed weaknesses with strengths. The English curriculum is lacking in content, but its assessment requirements are adequate for teachers to use. The opposite is true for history, he said. The syllabus is adequate in content, but its assessment requirements “go round in circles and do not tell the teacher how to judge competence in a learner”.

Another expert, who declined to be named, said the draft history syllabus encouraged greater depth by prescribing fewer topics for study.

Process problems
One educationist familiar with how different teams had drafted the separate subject syllabuses said the process was “deeply flawed”. “People working in different subjects worked independently. The process was not managed nor quality controlled.”

The expert said that the comment period was too short for parents to acquire any understanding of the contents of all the subjects and so provide meaningful comment. Ideally, comment should be allowed for a year.

Diggs observed that large changes that were not properly managed could destabilise the system.

Textbooks
If the department “continued to rush the process, teachers and pupils would end up with sub-standard or no textbooks at all”, one educationist said.

It would be “unbelievable to get good-quality textbooks in such a short space of time”, Diggs said.

The new syllabuses and related documents can be found at www.education.gov.za

The last major revision to schooling was eight years ago, under former education minister Kader Asmal. This followed years of confusion sown by the so-called “Curriculum 2005”, introduced by the first post-apartheid education minister, Sibusiso Bengu. Its essential problem was that no one could understand it.

The Asmal-era revision was widely applauded. Linda Chisholm, a professor of education contracted to drive it, said at the time that its achievement was “a monumental thing”, in a M&G story headlined “A giant leap for SA schools”.

Chisholm is now Angie Motshekga’s adviser. And eight years later her monument has crumbled and the leap appears to have been into an abyss, with literacy and numeracy among learners showing little measurable improvement. Reliable assessments of learners were also a major faultline in the monument.

Among the reasons why revising a whole school curriculum inflicts acute pain is that it takes several years to implement new syllabuses and assessment methods across all grades and requires simultaneous high-quality training of teachers.

This puts extreme strain on learners, their teachers and school managements. In the process huge political pressure builds up as everyone demands to see visible gain from the palpable pain.