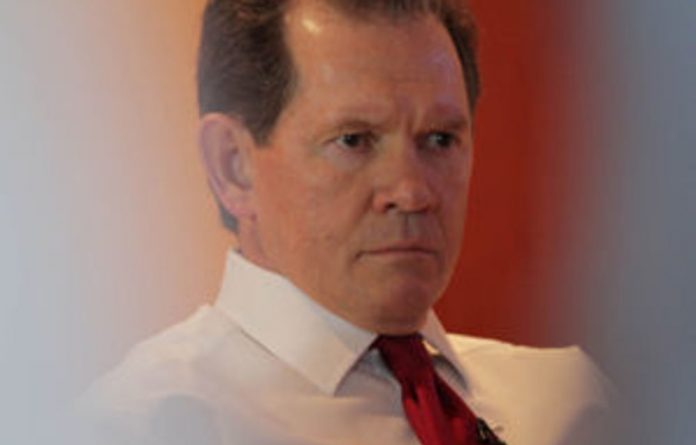 The most interesting figure mentioned in the news generated by the release of the JSE’s estimate of black ownership was not the figure itself, which was surprisingly high.

It was the reminder that 40% of the JSE is foreign owned, significantly crimping the pool of shareholding available for transformation — unless we equate transformation with indigenisation.

The figure released by the JSE, a credible, independently verified reckoning of black ownership of the top 100 companies, representing about 85% of the JSE’s value, was 18%. Actually, the JSE released three figures, confusing everyone mightily and leading to an unhelpful public debate.

What that underlines is the sheer difficulty of measuring ownership, along with the dismal predilection we all seem to have for accepting bad news as truer than good. What constitutes ownership and how it should be defined is by no means simple. When it comes to the JSE, a number of technicalities add complexity.

Ironically, what the debate about JSE ownership illustrates is that we need to stop focusing on the JSE alone and look at broader measures of wealth that include residential property, income, access to health and education and the social wage. Anyway, the JSE looked at share registers and spoke to companies and arrived at an initial figure of 8%.

To get to 18%, the JSE excluded from the pool of shares measured “mandated investments”, which are pension funds and the like, because they have a high degree of black ownership. This is in line with the way the department of trade and industry’s codes of good practice works these things out.

In fact, if foreign ownership is excluded, the figure jumps to 36%. None of the figures was greeted with much enthusiasm. The Black Management Forum, somewhat predictably, put the figure at 2%, because it said it did not measure debt-free ownership.

The reason for the intense interest in what percentage of the JSE is owned by black people is that it is seen as a proxy for the economy, which is still seen as being in “white hands”. The most important facet of the JSE’s measure, as pointed out by chief executive Russel Loubser, is that it can now estimate black ownership, but not white ownership.

In other words, if 18% is owned by blacks — excluding the most common ownership through pension funds — that does not mean that 82% is owned by whites. The fact of the matter is that few people hold shares directly.

What we need to know accurately — and I argue that it should be part of a bigger picture of ownership — is the amount owned in pension funds, unit trusts, retirement annuities and the like. Simply excluding them is easy, but not helpful in getting an accurate measurement.

The JSE promises that its exercise will only be the start of measuring racial ownership. Another controversial figure, 9% ownership of the mining sector, was mentioned by the mineral resources department’s impact assessment report on the mining charter, and contrasted with the 15% the mining industry committed itself to in 2004. How this was measured is not known.

The comments in the impact assessment report and the low figure, however, echo work done by black economic empowerment consulting agency KIO Advisory Services, which earlier this year found black ownership of the mining sector to be even lower, at 5.3%. But a glance at how that figure appears to be calculated shows a huge gulf between how the industry understands its BEE commitments and the KIO methodology.

Published in Engineering News‘s real economy report is a table showing how KIO sees the empowerment shareholding of various companies. It puts the total market capitalisation — the number of shares multiplied by share price — of all the companies in the mining sector at the end of March at R1.8-trillion.

Exxaro, for instance, tops the list with about 55% BEE shareholding representing about R25-billion in BEE value. This can’t be right. Anglo and BHP have done a number of deals at operational level, and Anglo’s unbundling has contributed massively to BEE, creating Exxaro, for instance.

And I know Kumba doesn’t view its empowerment shareholding as zero. Also, it’s true that at the holding-company level, there is no BEE ownership, but both BHP and Anglo, whatever their origins, are now massive multinationals, with shareholders around the world and assets in many other countries.

Whatever the political pros and cons, arranging a BEE deal at holding-company level would be prohibitive. BHP Billiton’s market cap is R488-billion. A BEE deal transferring 25% would mean raising about R122-billion in capital. This could be directed at productive investment that creates wealth and jobs.

The original mining charter, I think, measured ownership differently from KIO. There needs to be some consensus on exactly what is to be measured.

In any case, I don’t see any acknowledgement of the importance of foreign ownership in the discussions on the revised mining charter. That 40% foreign ownership figure represents an enormous inflow of capital, which at present is standing in for our own lack of savings.

Some of it is in the form of portfolio capital, in other words “hot money” that can flow out as easily as it flowed in if investors become nervous, as they did in the wake of the so-called “leaked mining charter” that preceded the 2004 version.

Amid all this focus on ownership I was struck, in the speech by Mineral Resources Minister Susan Shabangu unveiling the new mining charter, that there is agreement on complete elimination of the hostel system by 2014. Now that’s worth celebrating.