Debt regulation based on faulty assumptions 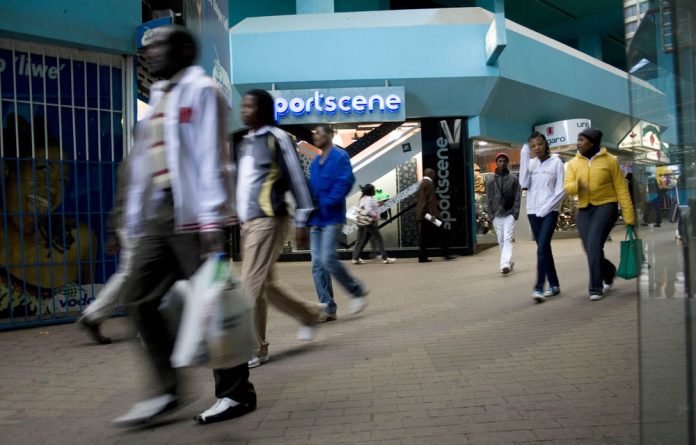 Business pages in the major newspapers indicate concern about consumers having too much debt. Attempts to address this problem involve regulating supply and demand.

The National Credit Act aims to control supply by curbing “reckless” lending — clipping the wings of banks, clothing and furniture stores, the proliferation of microlenders and even mashonisas (loan sharks) — and offering debt counselling to the victims of these lenders.

Associated organisations strive to curb demand by teaching budgeting skills — it’s implied that if people tightened their belts, stopped spending on the Lotto and learned to live within their means all would be well.

The subtext to both these proposed solutions is the idea that black people, formerly excluded from being able to use financial institutions but then belatedly “invited to the party” and soon over-borrowing, now need to be protected from both lenders’ rapacity and their own lack of acumen. Although both measures, underpinned by many market-research surveys, may have some validity, some of their underlying assumptions are flawed and could derail the solutions they are pro­posing.

They infer that if people were better informed, they would behave in a more rational manner (saving their money rather than gambling, for example), or in a more modern one (investing in funeral insurance rather than joining a burial society). They presuppose that people can be easily categorised into borrowers and lenders, with a separate regulatory strategy appropriate for each. By making borrowers pay for debt counselling, they propose a market-driven solution.

The latter approach has been much criticised in the media, but its associated assumptions were challenged at a recent workshop, “Local Economies”, held at the Wits School for Social and Economic Research.

Black consumers, especially those in the public service, are getting into debt not simply because of a frivolous desire for expensive goods but also because of considered, long-term investments. It has become almost mandatory for parents who had little higher education themselves to send their children, at great expense, to university. Such public servants, in spite of their access to formal credit facilities, do not avoid borrowing from loan sharks. In fact, it is precisely new expenses such as higher education that can be the last straw.

Relying on these informal lenders, who typically charge 50% interest a month and confiscate borrowers’ ATM cards and ID books, puts them further into debt. They are borrowing from Peter to pay Paul but they often have no choice. “We are working for mashonisa” is a common refrain.

Debt counsellors are reluctant, or powerless, to negotiate with such lenders.

It’s also implied that black consumers were precipitously introduced to financial institutions and formal credit at the moment of democracy.

On the contrary, many have had a generation or more of exposure to credit, often in its most rapacious form. Many spent years buying furniture, item by item, on hire purchase at extremely high rates of interest. It has made them savvy about the sector, even to the point where they can play it, but it has also made them distrust it.

Their suspicion is exacerbated by the readiness of some magistrates, especially in country areas where consumer protection is virtually unheard of, to place emolument-attachment orders (“garnishees”) on their accounts without observing proper procedures. Frans Haupt at the University of Pretoria’s Law Clinic has studied the extent of this practice, revealing its truly epidemic proportions in South Africa.

In reaction, some consumers have turned to alternative means of saving money in order to buy “big ticket” items such as electrical appliances, cars and the like. Credit-granting savings clubs give each member a turn to get a lump sum, but they differ from regular stokvels in that their members then lend out this sum at interest to friends and neighbours. The typical interest rate is 30% a month, but the fact that they rely on trust rather than confiscating ATM cards makes them more vulnerable to non-repayment than the bigger mashonisas.

The prevalence of such clubs shows that many have turned to the informal sector in reaction to the practices of formal credit providers and that they are borrowers and lenders simultaneously. It also shows that informal money-lending is much more embedded in social arrangement than policymakers suppose, and that it is combined with more “modern” practices, such as keeping money in a bank account.

In spite of the best intentions of government officials and civil society actors to intervene and create a single economy of credit, there has been no broadening of opportunities for the means to earn the money that will be saved and managed through these formal means. Instead, people “make money from nothing” by accessing the bank accounts of the few — especially employees of the state or of state-owned enterprises — who do have salaries. Like firms that garnish debtors’ accounts, mashonisas make sure they get a cut of the monthly wage. The only option is to try to earn more. Is it possible that this indebtedness is behind the recent public servants’ strike?