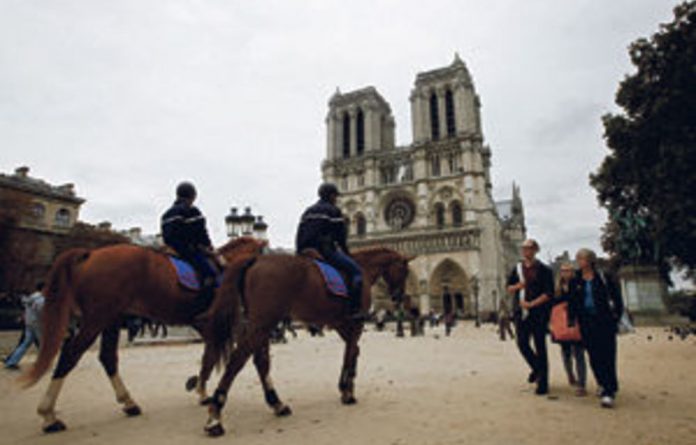 Fears of a terrorist attack in Europe were heightened this week after travel alerts were issued by both Washington and London, with
the United States state department warning that public transport systems and tourist attractions could be targeted and Britain increasing the threat level for travel to Germany and France.

The US alert pointed the finger at al-Qaeda and its affiliates and suggested both official and private targets could be in terrorist sights. The move follows speculation that al-Qaeda is planning a “commando-style” attack similar to the 2008 Mumbai massacre.

US officials have been reported as saying that Osama bin Laden and his inner circle may have been involved in coordinating plans for a number of simultaneous attacks on European cities. The UK Foreign Office listed both France and Germany as facing a high threat, raising its previous classification of a general threat.

In a separate move British home secretary Theresa May said the threat level for Britain had not changed, remaining severe, meaning an attack is “highly likely”. The revised warnings come amid signs of growing jitters across Europe.

In Paris the Eiffel Tower has been closed twice in two weeks. And on Tuesday French security forces arrested 11 suspected Islamic extremists in Marseille, Avignon and Bordeaux after an investigation into a Paris-based Muslim organisation, amid growing fears of a strike by al-Qaeda-linked militants based in North Africa.

French police said the detainees are suspected of arms trafficking and are being investigated for alleged links with “criminals linked to a terrorist organisation”. France has been on its second highest alert against a possible terrorist attack for the past fortnight.

Since militants executed a French hostage in Northwest Africa in July, Paris has become more embroiled in conflict with AQIM — al Qaeda in the Islamic Maghreb — senior European sources said. Speculation has also centred on Germany as a target, apparently based on information that a captured German militant gave US interrogators in Kabul.

The New York Times said that information about a plot had been acquired by intelligence agencies in part by interrogating Ahmed Sidiqi (36), a German of Afghan origin who travelled from Hamburg to Waziristan to receive arms and explosives training at a militant camp. Sidiqi was reportedly captured in Afghanistan in July.

Pakistani sources subsequently reported that a US drone killed five German nationals in the Afghan-Pakistan border area on Monday. CNN reported that thousands of US troops stationed at the Ramstein Air Base in Germany were ordered to stay home on Friday night because of rising concerns about a possible attack.

But Germany said it was not changing its risk assessment as there are “no concrete indications of imminent attacks”. Sweden also increased its threat level on Friday.

Though couched in cautious terms, the US travel alert is unusually specific in referring to danger spots. It mentions public transport and tourist venues, reminding US travellers that terrorists have targeted ‘subway and rail systems, as well as aviation and maritime services”.

European capitals are understood to have made no effort to dissuade the US from issuing the travel alert, suggesting broad concurrence. The last large-scale attack in Europe was the London suicide bombings of July 2005. —