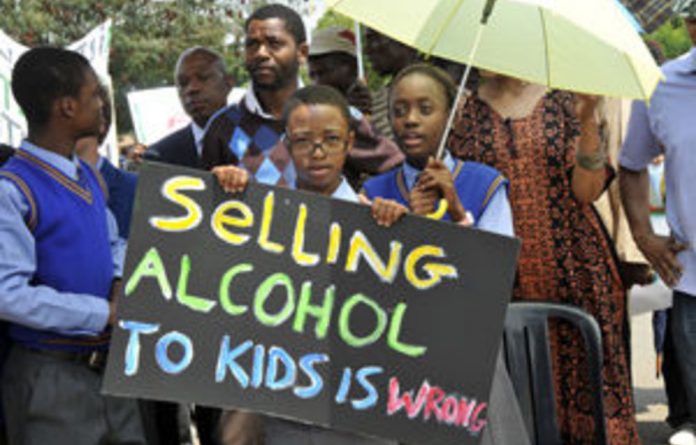 The fifth series of Soul City’s television series, Soul Buddyz, which will be flighted on SABC1 soon, focuses on the presence of alcohol in schools and offers actions that children can take to make their schools alcohol-free zones. The actions are based on real-life steps from Soul City’s Phuza Wize Drink Safe Live Safe campaign, launched this year to help reduce alcohol-related violence and encourage the creation of safer social and drinking spaces.

Thandiwe Nxumalo, the Soul Buddyz series manager, says research shows that alcohol consumption by learners is prevalent in South Africa. “In 2008, the Medical Research Council interviewed more than 10 000 students between grades eight and 11 as part of their second South African national youth risk behaviour survey and found alarming levels of alcohol abuse. Thirty-five percent said they had consumed alcohol in the past month and 29% reported binge drinking in the same period.

“The situation is so bad that school principals are already calling in the South African National Council on Alcoholism and Drug Abuse (Sanca) to help learners suffering from hangovers and there have even been reports of alcohol consumption in primary schools.”

The 13-episode Soul Buddyz series is set in an urban centre in South Africa and closely reflects the lives, struggles and joys of eight- to 14-year-olds in our changing society. The storyline depicts an exciting yet testing journey of the Soul Buddyz Club as they challenge the Amakoporoshe, a gang that supplies alcohol to the school, in an attempt to create an alcohol-free school without resorting to violence. To achieve this the Buddyz avoid direct confrontational tactics and work as a team using multiple approaches such as social media, interviews and community meetings to find ways to cut the supply of alcohol to the gang.

“In one episode, we see the consequences of selling alcohol to children under the age of 18 and how a tavern owner who does so is reprimanded by the community who take collective action against it, helping the audience realise that one can learn skills to deal with conflict without being violent,” says Nxumalo.

In addition to providing guidelines on tackling the source of alcohol, the Soul Buddyz TV series also challenges the prevalence of alcohol abuse by learners.

Alcohol abuse has been found to be associated with truancy and absenteeism from school, and engagement in risky sexual behaviour.

It is also important to note that violence involving learners is not confined to the school premises and school hours only, but happens off-site and after school hours as well.

The underlying message of Soul Buddyz focuses on violence prevention and especially on the role of alcohol as a catalyst for violence.

Other projects:
Soul Buddyz parenting intervention
In partnership with Famsa and the Parent Centre, Soul City has developed an 11-session parenting training course. The aim of the course is to promote positive parenting and increased communication between parents and their children, particularly on issues of sexuality, abuse, HIV and Aids, alcohol and violence.

Soul Buddyz Club
Soul Buddyz Club (SBC) has more than 6 300 clubs nationally, with more than 130 000 members between the ages of eight and 14. The club aims to work with child­ren and adults to create a platform that gives voice to and promotes real action for children’s health and wellbeing.

Each learner was given a disposable camera to use creatively to capture moments that depict the negative effects of alcohol use in their communities. They were trained at the camp to use the camera and given a basic overview of journalism. The pictures captured will be used for a photo exhibition that will take place in each province early next year.

The club will also train two club members in each learning community to be presenters at their local community radio stations. Their role will be to gather data and information on alcohol-related violence, both challenges and successes, and present this on a one-hour children’s weekend slot.