Nyanda fumes at allegations over corruption 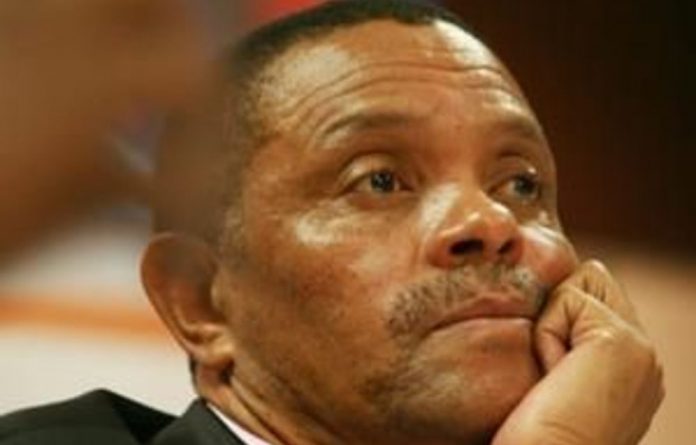 “The Minister of Communications General Siphiwe Nyanda believes his Director General (DG), Mamodupi Mohlala, has now crossed the line if the allegations contained in today’s Sunday Independent are correct,” he was quoted as saying in a statement issued by spokesperson Panyaza Lesufi.

“The ministry rejects the baseless and fabricated allegations that the DG’s contract was terminated because she laid criminal charges about tenders with [the] Auditor General and the South African Police Service (SAPS).

“This attitude can’t continue unchallenged,” Nyanda was quoted as saying.

“The termination of [the] contract of the DG had nothing to do with contracts but all to do with her conduct, processes and systems.”

Mohlala had also reportedly written to the Auditor General saying “several forensic audits” had shown how tender processes were flouted.

She had reportedly called for disciplinary action against senior officials.

The Sunday Independent said Mohlala had refused to comment when they contacted her.

‘Irreparable breakdown’
“Until we are approached by the SAPS, the ministry reaffirms its willingness to avail our staff members if they are needed by the law enforcement agencies.”

Mohlala was dismissed by Nyanda in July following an “irreparable breakdown” in their relationship.

Mohlala had contested the legality of her dismissal, arguing that only the president could fire a director general.

In a settlement with Nyanda it was agreed Mohlala would take a month’s leave, during which Public Service and Administration Minister Richard Baloyi would find a suitable post for her in the public service, negotiate “redeployment” with her and conclude the contract before September 27.

She has rejected a R2,9-million golden handshake. — Sapa