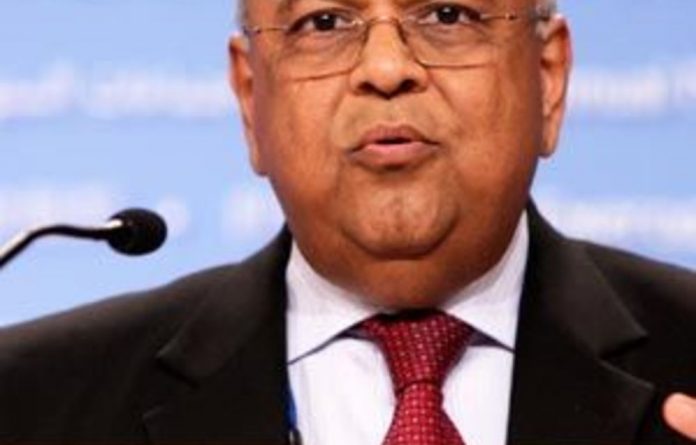 South Africa’s economy will grow a better-than-expected 3% this year but this will still be too slow to tackle soaring unemployment, Finance Minister Pravin Gordhan warned on Wednesday.

The revised forecast was better than Gordhan’s February prediction of 2,3%, but still too low to bring down the 25,3% unemployment rate, with the soaring rand posing a further threat to jobs.

“To achieve five million jobs over 10 years, we need to seek growth of over 6% a year.”

South Africa will ease exchange-control rules and buy more foreign exchange in a bid to rein in the over-valued rand, which has reached a 33-month high against the US dollar, threatening jobs as businesses see their exports made uncompetitive.

“It can lead to unbalanced growth, widening of the current-account deficit and increasing vulnerability to economic shocks,” said Gordhan.

Investing for quick gain
The rand’s recent highs are fuelled by the weak US dollar and inflows of foreign capital seeking better yields from South Africa’s higher interest rates.

Investors were borrowing at low interest rates in developed economies and investing for quick gain in South Africa, where net capital inflows reached 5,5% of gross domestic product in the first half of the year, Gordhan said.

“Such short-term investments are inherently volatile. The policy challenge is how to continue to attract the long-term inflows that we need, while minimising the risks of volatile capital movements,” he said.

While the strong rand has helped push down interest rates, inflation and fuel prices, the state will continue to buy foreign currency and ease exchange-control rules to offset the threats and encourage corporate investment.

These include increasing offshore investment limits and lifting exchange-control approval for raising and deploying capital offshore for certain big businesses.

The country saw stronger-than-expected growth in the first half of the year, partly related to the Soccer World Cup, but this is set to moderate in the second six months before picking up next year.

“South Africa is doing well compared to the rest of the world. Even our modest growth of 3% is an indicator that we are over the worst of the recession,” Gordhan told reporters ahead of his speech.

“The bottom line is we’re fine, but we need to be very vigilant about the uncertainties that pervade the world.”

A major task for next month’s Group of 20 summit will be finding a formula to rebalance the world economy, he said.

‘Outlook is improving’
The Treasury has earmarked R811-billion to improve infrastructure over the next three years, of which 40% will be in energy, 26% in transport and 11% in water supply.

A three-week public sector strike added R6,5-billion to the wage bill with the policy statement warning that high settlements may have reduced companies’ incentive to rehire workers laid off during the recession and create new jobs.

“While the outlook is improving, the pace of growth has not yet begun to approach the level required to draw millions of people into employment and to sharply reduce inequality,” it said.

“This is South Africa’s development gap — the economy needs much faster, more labour-absorbing growth over an extended period to meet the country’s core challenges.”

South Africa’s government pledged on Tuesday to create five million jobs by 2020 and reduce the unemployment rate to 15%, as data showed the soft economic recovery was not generating jobs. — AFP