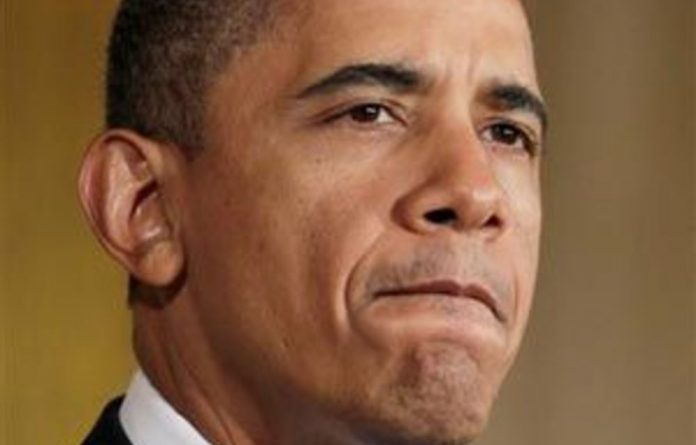 Barack Obama’s foes will rejoice if his Democrats get thumped in mid-term congressional elections, but even if his presidency needs a rethink, it may be premature to prepare his political obituary for 2012.

Obama is facing a rebuke from voters on November 2, only two years after they swept him to power, with Republicans tipped to grab back the House of Representatives and thin Democratic margins in the Senate.

Pundits are asking why Obama has lost the magic of 2008, and whether he will suffer the ignominy of going down as a one-term president.

“The weeks and months following the election will be a time of testing for President Obama,” said William Galston, a former Clinton administration official now at the Brookings Institution.

“He will need to look into himself and at the situation.”

If Republicans do emerge triumphant next Tuesday, confrontation will be a certainty as the parties feud over taxes and the deficit in a divided Washington and as the already-stirring 2012 presidential race heats up.

Obama has amassed the most comprehensive legislative legacy of any president for decades, including sweeping healthcare and financial reform, though he looks likely to get little credit from voters fixated on economic blight.

However, history shows that presidents can rebound from a pounding at the polls and suggests that mid-term elections, especially in this volatile era of US politics, may be a poor indicator of presidential longevity.

“People wrote off the Republicans after the 2008 election, and after all the hand-wringing, look how they have done,” said Tom Baldino, a professor of politics at Wilkes University, Pennsylvania.

“To write the Democrats off after the 2010 elections is way too premature,” he said, six days ahead of polls in which conservative grass roots Tea Party supporters are expected to unleash a Republican tide heading to Washington.

Solace
Obama supporters seek solace in memories of the 1982 mid-term elections that saw Ronald Reagan’s Republicans lose 26 House seats in the midst of a deep recession.

Two years later, powered by an economic rebound which allowed him to declare it was “Morning again in America”, Reagan was re-elected in a landslide.

In 1994, Bill Clinton’s Democrats were repudiated on Capitol Hill in a “Republican Revolution” that led to a stunning loss of 52 House seats.

But by reinventing his presidency with savvy political positioning, Clinton outwitted Republicans over budget battles and became the first Democratic president to be elected to a second term since Harry Truman.

To emulate that feat, Obama may have to recalibrate his own strategy, which will require a helping of luck and qualities of political brinkmanship and persuasion he has so far appeared to lack.

Much of Obama’s fate may hinge on how quickly the economy rebounds — which is largely out of his control — and his capacity to use his depleted political tool box to reduce unemployment currently running at 9,6%.

Once on the pulse of US public opinion but now curiously distant from the heartland, Obama must also revive his bond with Americans inspired by his unlikely tilt at history in 2008.

He must also woo back independent voters, who have turned to Republicans who successfully labelled him an old-style big government liberal.

Obama is signalling he will revive his vow to transcend partisan divides, a venture that has so far failed.

“I think it’s going to be important for Republicans to recognise that the American people aren’t simply looking for them to stand on the sidelines — they’re going to have to roll up their sleeves and get to work,” he told National Journal last week.

Top priority
With Republicans already admitting their top priority is to help their prospective 2012 candidate, Obama may fail once more in mending Washington.

But he does have some political advantages — and a US president’s ability to set the news agenda.

He remains the most popular active senior US politician, and his approval rating in the mid-40s is better than Reagan’s before his mid-term reverse.

And Republicans remain unpopular: in a Newsweek poll last week only 31% of those asked approved of the job done by the party’s lawmakers.

As the shape of the field of Republican challengers for the presidency becomes clear, Obama may also profit from the chance to define himself against them — and a gridlocked Congress.

“Can the Republicans find a conservative candidate who ends up being a credible candidate?” asked Andrew Dowdle, of the University of Arkansas, voicing a question key to Obama’s hopes of a second term. — AFP