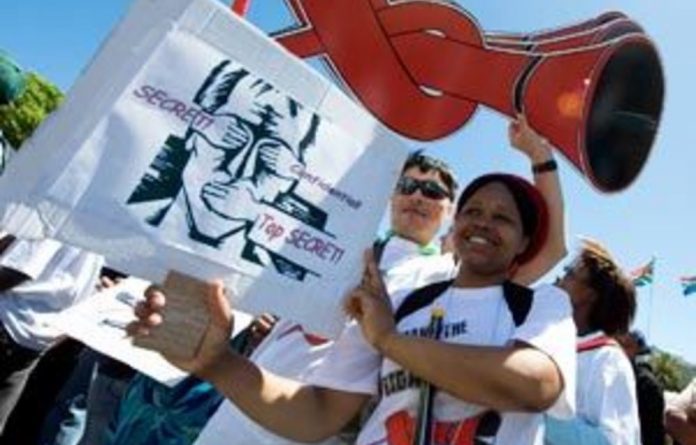 State departments failed to respond to 90% of government corruption cases reported by the public on hotlines during the past financial year, according to the Public Service Commission’s (PSC) 2010 report on the state of the public service.

The report, released on Thursday, also points to a twelvefold rise in fruitless and wasteful expenditure by the government in 2008/09 compared with the previous year — from R2,8-million to R35,2-million.

The commission evaluated the government and public service on a range of issues, including transparency, service delivery and the creation of a more egalitarian society, according to the implementation of policies and programmes.

The report also evaluated the average feedback from the government on reported corruption cases from the 2004/05 financial year to 2009/10, finding that of every 100 cases reported, whistle-blowers or the commission received no feedback to 64.

Corruption is an increasingly insidious problem in South Africa, as reflected in the latest Transparency International corruption perception index report, also released this week. South Africa scored 4,5 out of 10 on the index and was placed 54 out of 146 countries.

The commission’s report found that “capacity to follow up on these cases and investigate them is lacking” in departments.

Bleak picture
It painted a bleak picture of the effectiveness of structures created to fight corruption.

It said the Anti-Corruption Coordinating Committee (ACCC), formed in 2002 and convened by the public service department with representatives from 18 key departments and agencies, including the National Intelligence Agency, National Treasury and revenue service, still had to prioritise the coordination of “measures to build the minimum anti-corruption capacity of departments. This is a pressing priority for the government, which will undoubtedly require resources and close monitoring.”

The report found that the “synergy” between structures such as the ACCC and the National Anti-Corruption Forum (NACF) “needs improvement”.

The NACF, established in 2001 to facilitate a national consensus on combating corruption, had been debilitated by “not always having its own budget and capacity”, low levels of attendance and participation by government representatives and departments and poor recording of meetings.

A “key challenge”, it said, is “that some public servants — implicated in acts of financial misconduct resign before disciplinary hearings can be concluded and then accept appointments in other departments”. The report found that this was often difficult to detect because departments operated “in silos”.

It said that of the 868 officials reported to the commission in 2007/08, 50 (or 6%) left the public service before disciplinary hearings could be held. In 2008/09, 17 implicated employees resigned after charges of misconduct were levelled against them.

The report blamed “highly unsatisfactory” evaluation of the performances of government heads of departments for the sharp rise in wasteful and fruitless government expenditure. As of March this year just half (51%) of these had undergone performance evaluation, a drop from 56% in the previous year.

“In financial terms this means that roughly half of the national budget [including transfers to provinces and municipalities], which was in the order of R500-billion [excluding state debt costs] in the 2007/08 financial year, was controlled by accounting officers who were not subjected to a proper evaluation,” the report said.

No holistic planning
The report is forthright on what the government needs to do to improve service delivery — communicate with itself. It called for greater coherence within the government and between departments and spheres of government in the planning and implementation of projects and policies.

“Planning at departmental level is on its own challenging and to integrate plans across departments or spheres of government exacerbates the challenge even further,” it said.

National planning at the departmental cluster level is a “collection of special projects pursuing the joint objectives of a cluster” rather an integrated process, it said. Only 32% of directors general attended cluster meetings, no planning decisions were taken there and there was no holistic planning around outcomes.

At provincial level “there is very limited evidence of actual implementation of projects and budget items directly flowing out of the provincial growth and development strategies”.

The report also found that integrated development plans (IDPs) in municipalities were “drawn up for compliance reasons and municipal activities carried on in spite of, and not on the basis of, the IDP”.

Forty-five percent of the municipal IDPs “lacked financial strategies” and “most lacked budgets”.

Transparency is an issue
The PSC’s report rates the state sector “relatively low” with regard to transparency and says that its response to applications for government information under the Promotion of Access to Information Act (PAIA) is “generally not adequate”.

The Constitution mandates the commission to evaluate government transparency, especially with regard to the Act, which allows any citizen to request government information.

The PSC found that compliance with the Act was “generally not adequate in the public service”.

Public opposition to proposed legislation that could limit the access of the media and ordinary citizens to state information has gathered momentum in recent weeks, especially with regard to the Protection of Information Bill.

The report also noted that government departments are required by law to report to the South African Human Rights Commission (HRC) on the number of requests for information it receives from the public through PAIA and how these requests are handled.

The PSC noted that the manner in which these requests were handled requires “serious attention”.