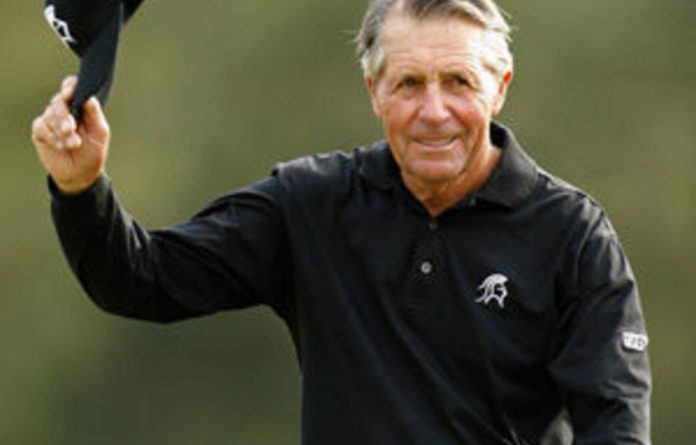 South African golfing legend, Gary Player, will be celebrating his 75th birthday in Shanghai, China, on Monday, where he will spend time with Aids orphans while reflecting on the single biggest lesson his life as one of the world’s most iconic sportsmen has taught him.

Speaking on Sunday from his latest course design, Hidden Tiger on Taiping Lake, Player said as he looked back on a career of nine Majors on the regular tour, nine on the senior tour, and 166 tournament victories worldwide, “It’s not about me. My talent was a gift, and it could’ve been taken away just as quickly,” he said

“Golfers are phenomenal at giving back, and that has been my responsibility in recognition of what I received throughout a wonderful career.”

Player will spend his birthday hosting the Gary Player Invitational China, presented by Coca-Cola in Shanghai, which represents the Asian leg of a series that also travels to Europe, the United States and South Africa as part of the Player Foundation’s work in raising funds for underprivileged children.

“I grew up with no head start in life, but I still had dreams. Yes, I was fortunate to have the ability to overcome challenges, but I have also had good people who helped me along the way.

“That is what I am hoping to achieve through my foundation — that somewhere we can be the help a child needs to achieve his or her dreams despite the challenges they face.”

“I think one of the best shots I ever hit in my life was the three wood I hit to 14 inches from the hole on the par-five 14th at Carnoustie to win the 1968 British Open.

“Beating Arnold Palmer in the 1961 Masters was also a highlight. Winning the Grand Slam on the regular tour in my 20’s was something I am particularly proud of.

“I’m just as proud of my Grand Slam on the senior tour, because I’ve always believed it was far harder to achieve in light of my age.”

And his greatest rival? “There were so many great players in our generation. Arnold [Palmer] and Jack [Nicklaus] obviously. Tom Watson was phenomenal. But I always admired Jack for his patience.

“I built a golf course on my farm in South Africa, and one of the holes I named Cactus Jack. On one occasion when Jack was staying with me, he officially opened the hole, and I had this bronze plaque made and placed on the tee box.

“So the next morning I’m sitting having breakfast and the sun catches this plaque and the reflection almost blinds me. I said to Jack, ‘If it wasn’t bad enough I had to face you on the golf course all those years, now I’ve got you in my face on my farm as well’ – and he had a good laugh about that one.”

Player will return to South Africa for the 11th anniversary of the Gary Player Invitational, presented by Coca-Cola, at The Links at Fancourt from November 18-21 .

This year’s tournament will feature one of the strongest fields in the history of the event. – Sapa