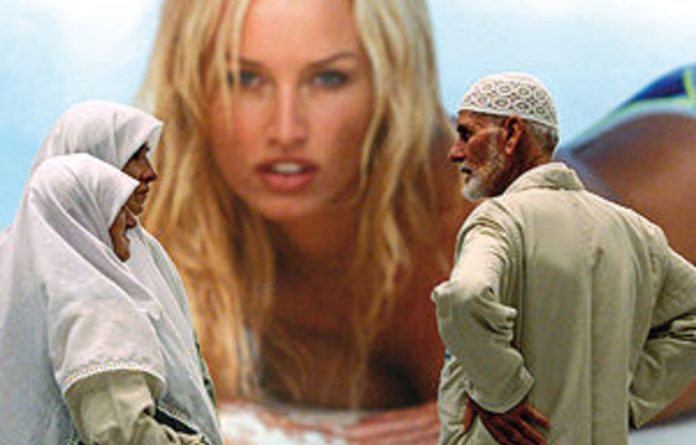 I have the best boobs in the world. I discovered this in Istanbul, when my humble 32Bs were bigger attractions than the Blue Mosque.

The first stare made me think I had made a mess of my food and there was sheesh kebab all over my chest.

There wasn’t. By the fifth one, I wondered if I had torn my clothes in an embarrassingly revealing area.

I hadn’t. A few gawks later, I was convinced that my breasts were quite simply irresistible.

It didn’t cross my mind that maybe I was showing too much skin, because the city was wonderfully secular.

Istanbul opens her arms
Istanbul appeared to open her arms to everyone, from obviously Muslim women in headscarves and ankle-length coats to tourists in short shorts and strappy tops.

Not once did I see a look of suspicion stabbed at the former or a leer aimed at the latter.

The statistics say that 99,9% of the Turkish population is Muslim, but there are no figures to indicate how many are conservative or how many are practising.

Mosques cosy up to churches and there’s even room for the odd ­synagogue.

While marvelling at this tolerant haven I had worn my regular summer wardrobe. It consists of cut-off jeans, sleeveless tops, knee-length skirts and sundresses, so I thought nothing of the item I chose for my penultimate day in the city.

It had never received any special attention, either positive or negative. It was well suited to a hot day; crisp white, with purple and red spiral designs, and fairly loose fitting. The only thing that made it different from the other clothes I had worn on holiday was the neckline. It was a halter neck.

So what, you may be wondering, many women wear them? That’s true.

The halterneck is now a common style and is not always the sensual, flirty garment it was created to be.

History of the halterneck
In the 1920s, when French designer Madeleine Vionnet unveiled the halter top, it was made only in luxurious fabrics like satin or crêpe de chine. These days it’s found in ordinary nylon as well.

Vionnet’s halters formed the top of a creation that was wispy and flowing. Now even a simple T-shirt can have a halter neck.

Vionnet wanted her clothes to pour themselves over the natural curves of the female form. At least that aspect of the halter remains.

While the most seductive thing about it is considered to be that it leaves most of the back and shoulder blades exposed, it also reveals something naughtier. Halter necks expose varying degrees of skin in front, from the cheekiest bit of cleavage to a nastily overexposed bosom.

My dress was definitely on the more conservative side of the spectrum. It even hung well below the knees. But it was still a halter neck. And that means it offered something to look at.

The visual allure
You could fill many double-D cups with the reasons men are so entranced by mammary glands, but the biggest explanation has to be the visual allure.

Men don’t have breasts of their own to look at and they barely remember their mothers’.

Most importantly, they can’t often look at the breasts of a woman who isn’t their significant other without paying. So, in Istanbul that day, they were looking at me.

I haven’t worn that dress since returning home.

Secretly, I know that it’s because jaded South African men aren’t likely to stare and I’d far rather remember it as the outfit that once allowed me to have the best boobs in the world.