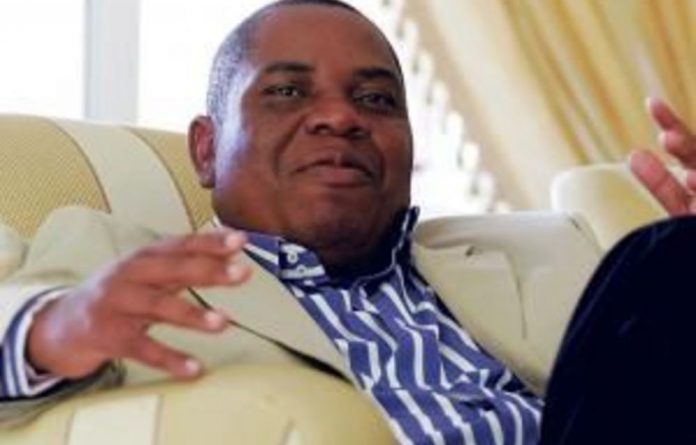 Welz was reacting to claims made by Gumede, who appeared on SABC news on Wednesday evening with a receipt showing that Sole received a R900 payment from his [Gumede’s] former business partner and adversary John Sterenborg to allegedly expose him as a corrupt businessman.

Asked if he thought Sole was corrupt, Welz said: “Oh God. He’s about the most incorruptible journalist there is. He leads a life on a shoe-string because he’s so committed to his job. I think it’s appalling. It’s truly outrageous.”

The M&G explained in a statement released on Wednesday night that Sole was working at the time for noseweek, and that its editor, Welz reached an agreement with Sterenborg that Sterenborg would cover the cost of Sole flying from Durban to Johannesburg to hear Sterenborg’s story.

“Noseweek could not afford such expenses at the time for a speculative journey. This was Mr Welz’s decision not Mr Sole’s,” said the M&G in its statement.

“In the end Mr Sole paid for the ticket and was reimbursed by Mr Sterenborg and this payment constituted no benefit to Sole. Sterenborg’s story, which included allegations about Mr Gumede, was not backed by sufficient evidence and no story was ever written by Sole for noseweek, let alone published. The attempt by Mr Gumede to portray this as ‘bribery’ or ‘corruption’ is simply unsustainable.”

Gumede also produced copies of flight-ticket receipts paid for by Sterenborg for Sole.

Gumede’s appearance on the SABC came after the newspaper sent Gumede questions last week with regards to two payments of R50 000 made by him in 2004, using his wife’s bank account.

He was given until Wednesday November 3 to respond following a request through his lawyers to give him more time to do so.

Welz confirmed the M&G‘s explanation of the R900.

“In those days we were a shoe-string operation.”

He said that he had received a call from Sterenborg. He said he had initially insisted that Sterenborg come to see him, but then it was agreed that Sole, who lives in Durban, would fly on the cheapest ticket available to see what Sterenborg had to say.

“In the event we didn’t even use the story,” he said.

‘Driven by malice’
M&G editor Nic Dawes on Wednesday said Gumede had launched an attack against the newspaper and two of its journalists, Sole and Adriaan Basson, before responding to the questions posed to him.

“Mr Gumede is seeking to portray our investigation as driven by malice and as a personal vendetta, but it is not. He launched a personal attack on editor Nic Dawes, Sam Sole and [former M&G investigative journalist] Adriaan Basson based on unsubstantiated innuendo that he himself purports to decry and which would not meet basic journalistic, never mind legal, standards,” said the M&G statement.

Basson recently left the newspaper to take up a position at City Press.

Editorial: Hell of a year for a birthday

How the Unabomber was caught or, why we need subeditors