Israel opera tour goes ahead, with a difference 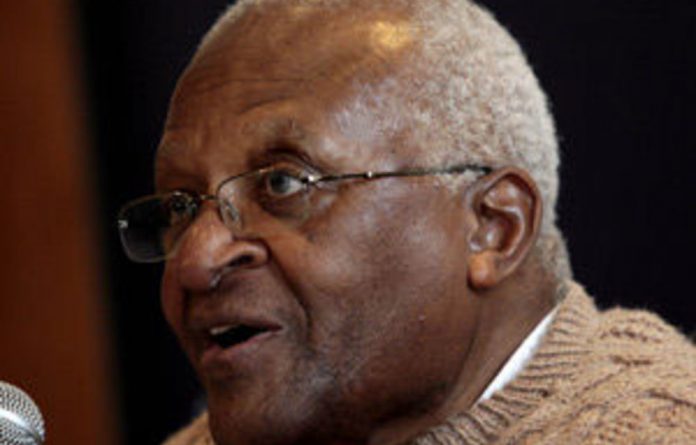 After a “damaging uproar” over Cape Town Opera’s tour to Israel that saw Archbishop Emeritus Desmond Tutu labelled a “bigot”, opera managing director Michael Williams has written a letter of apology and will be meeting with Palestinian organisations, he told the Mail & Guardian on Thursday.

“I have the utmost respect for the archbishop,” said Williams. “I certainly will not be associating with those who made comments that I thought was just distasteful and inappropriate.”

The apology comes at the urging of activist Zackie Achmat. The founder and chairperson of the Treatment Action Campaign met with Williams and persuaded him to apologise to Tutu, a beloved public figure whose retirement in early October hasn’t prevented him from voicing his beliefs.

The opera company initially refused a call by Tutu on October 27 to cancel their performance of Gershwin’s Porgy and Bess at the Tel Aviv Opera House from November 12 to 27. The visit is its first to Israel.

Tutu, an outspoken critic of Israel’s treatment of Palestinians, wrote to the company, saying: “Please, fine singers of the Cape Town Opera: Much as it offers you opportunities to travel abroad and show the world what we can do, listen to your conscience. God loves Jews and Muslims equally. To perform Porgy and Bess, with its universal message of non-discrimination, in the present state of Israel, is unconscionable.”

His request was politely denied in a statement by Williams on the Cape Town Opera’s website.

“Cape Town Opera respects the views held by retired Archbishop Tutu,” he said. “We are, however, first and foremost an arts company that believes in promoting universally held human values through the medium of opera and we are accordingly reluctant to adopt the essentially political position of disengagement from cultural ties with Israel or with Palestine.”

Debate turns ugly
He went on to add that the company “welcomes the opportunity to perform within Palestine as well”.

However the debate quickly turned ugly.

Israel’s embassy in South Africa said Tutu’s call would “do nothing but increase the intense hatred between” Israelis and Palestinians, and social activist Rhoda Kadalie is reported to have called Tutu, a Nobel Peace Prize winner, “a bigot”.

Kadalie herself is a former Human Rights Commissioner and currently the executive director of Impumelelo Innovations and Awards Trust.

Achmat slammed Kadalie’s comments on his website Wrighting Rights, challenging her to a public debate.

“Kadalie’s … recent trip to Israel courtesy of the South African Zionist Federation and the Israeli government has helped her write propaganda to hide its crimes against humanity.”

Following the fall-out Achmat, together with Cape Town Opera’s biggest sponsor Vivien Cohen, met with Williams in an attempt to cancel the tour.

‘Something constructive’
Contractual commitments and obligations, however, made such a move impossible, both Achmat and Williams said.

Williams was nonetheless determined to turn the now controversial tour into “something constructive”. He wrote to Tutu apologising that “we were not able to accede to his wishes”, and has since been in contact with several Palestinian organisations that the company will visit and work with on their tour.

This includes the the West-Eastern Divan youth orchestra, which trains young Palestinians, the Barenboim-Said Foundation, and a Palestinian circus school. Young people from the school will be flown into Israel, taught African dancing and would be included in the performance.

“Hamma Mumitz, the managing director of the Tel Aviv Opera, is arranging their tickets,” said Williams. “She said to me: ‘Wouldn’t it be wonderful to use the tour to Israel to break down the wall between Palestine and Israel and build a bridge’?”

It is a sentiment Achmat hopes to see echoed by the rest of Cape Town Opera’s leadership.

“We call on Cape Town Opera’s patrons, board, management and staff to support this stand by Michael Williams. We look forward to the immediate publication of the apology and commitment to meetings with Palestinian and Israeli groups struggling for a just peace,” Achmat and Cohen said in a joint statement to the M&G.