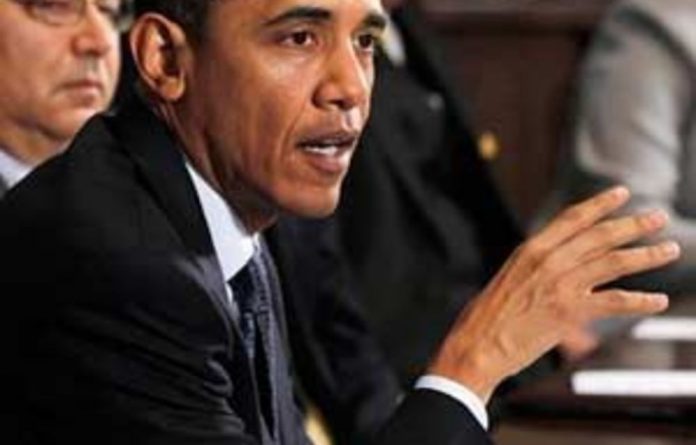 Flexing their new-found political muscle, United States Republicans have promised a string of investigations into Barack Obama’s administration as the president vowed to make some “corrections”.

By seizing the House of Representatives in last Tuesday’s mid-term elections, Republicans gained the chairmanship of powerful House committees that can seek to embarrass the president by calling top aides to testify in public.

“I’m going to go after a lot of things and I’m going to do a lot of investigating,” Representative Darrell Issa, who is set to take control of the House Committee on Oversight and Government Reform, told Fox News Sunday.

Issa said it was possible he would probe allegations that the White House offered to give Democratic Representative Joe Sestak an administration post if he stayed out of a Senate primary race.

Other targets of the committee probes could be Obama’s healthcare reforms, the Justice Department’s failure to probe alleged voter intimidation by the New Black Panther Party, and the handling of the BP oil spill.

The White House has yet to say how it plans to respond, but Obama, on a 10-day trip through Asia, offered his most candid appraisal yet of the crushing poll losses.

“People are frustrated,” the president told a meeting with Indian students in Mumbai. “It requires me to make some mid-course corrections and adjustments.”

As Obama played defence, leading Republicans took to the Sunday morning talk shows to attack the president over big spending, plans to increase taxes for the rich, and health care reforms they portray as a government takeover.

“The American people simply did not like what the president and this Congress were doing substantively,” Mitch McConnell, the leading Republican in the Senate, told CBS’s Face the Nation.

But in an interview taped with CBS’s 60 Minutes before he left for Asia and shown on Sunday night, Obama framed the electoral loss as a reflection of the stubbornly high unemployment and the moribund economy.

“I think first and foremost it was a referendum on the economy,” Obama said. “And the party in power was held responsible for an economy that is still underperforming.”

Republicans have vowed to try to repeal Obama’s signature health care reforms, but this is unlikely as the president has the power to veto such a bid.

Rand Paul, who rode a wave of support from the ultra-conservative Tea Party movement to become a Republican senator in Kentucky, suggested they would pursue the matter in the courts.

“A federal judge in both Florida and Virginia have said, yes, we’re going to go forward with this,” Paul told ABC’s This Week programme. “So I think you will see that going forward and we will challenge it in the courts.”

Republicans also scent blood over Bush-era tax cuts, which are set to expire on December 31.

After refusing steadfastly before the mid-terms to extend cuts for the richest Americans, warning that doing so would add $700-billion over 10 years to the swollen US deficit, Obama has since indicated he may compromise and offer a temporary extension.

But House Republican leaders signalled they were not in the mood for compromising.

“I really want to see that we can come together and agree upon the notion that Washington doesn’t need more revenues right now,” Representative Eric Cantor of Virginia, the second-ranking House Republican, said on Fox News Sunday.

“And to sit here and say we’re just going to go about halfway, or we’re going to send a signal that it’s going to be uncertain for job creators and investors to put capital to work, that’s exactly what we don’t need right now.”

Obama has proposed permanently extending tax cuts for American households making less than $250 000 a year, but he has argued that the country cannot afford to extend those cuts for the wealthiest Americans. — Sapa-AFP