Ferguson gears up for Manchester derby 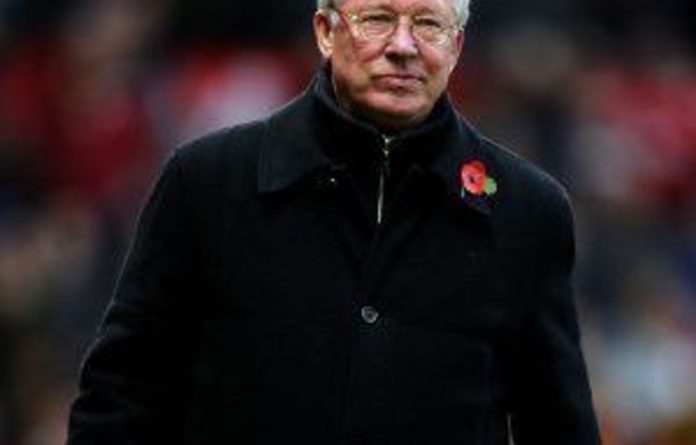 Ferguson takes his United side across town to Eastlands on Wednesday night for one of the most-anticipated derbies in decades.

The rivalry between the two clubs has reached new levels since the Abu Dhabi United Group took over at City in September 2008.

Since then, under Mark Hughes and Roberto Mancini, City have spent significantly in almost every transfer window to overhaul their squad at huge cost.

Their most controversial signing was taking Carlos Tevez from United in the summer of 2009 and there were also linked with a move for Wayne Rooney during the England forward’s contract dispute.

But City were defeated in both Premier League derbies last season, while also losing out in the League Cup semi-finals.

Big spending doesn’t mean big wins
Mancini spent in the region of 130 million pounds to sign half a dozen players in the summer but Ferguson is adamant that will not necessarily translate to silverware like it did for Blackburn, who won the Premier League on the back of Jack Walker’s spending in the mid-1990s.

Ferguson said: “It’s a different league now. It’s a really competitive league and if you look at the results from the weekend, they tell you everything.

“This is a really difficult league to win and points will be dropped between now and the new year and it’ll build up to a really fantastic run in for the Championship. There will be points dropped in the run in too because that’s the kind of league it is now.

Ferguson has been critical of City’s approach in the past but insists he can not argue with their right to spend significantly in the transfer market.

He added: “If people have money to spend and want to spend it, they’ll spend it. “Chelsea did the same and Sunderland did the same back in the 50s. It’s just a fact of life, it’s availability. Clubs spend money through what they’re going to get off the television every summer. They know they’re going to get a certain amount of money from television and they spend it immediately in trying to improve their teams.”

He said: “It’s a different type of derby to the Liverpool game. The Liverpool game is one of honours in terms of trophies won. Liverpool edge it in terms of European Cups and we edge it in FA Cups and World Championships that type of thing and that is undoubtedly the two most successful clubs in British football. When we meet it’s a different type of derby game. Now the game between ourselves and City is one of great intensity.”

“It’s built up by the media explosion around what City are doing and trying to achieve in their own way and the fact we’re both in the same City. There’s an incredible intensity in the derby game now which wasn’t there 10 or 15 years ago,” he added.

Ferguson admitted his plans for the match were still being hampered by a virus that is sweeping through his squad.

Hargreaves out for 5 weeks
United midfielder Owen Hargreaves will be out of action for five weeks after injuring his hamstring in his comeback on Saturday.

Hargreaves limped off minutes after starting for the first time since September 2008 and Ferguson said on Tuesday that the England international could be back in action by mid-December.

“His training performances for eight or nine days previously had been terrific,” Ferguson said. “He had done really well, which is why we took the chance. But maybe the tension in the buildup for the lad was too much and he suffered because of it.”

Before Saturday’s English Premier League win over Wolverhampton Wanderers, Hargreaves had made just one substitute appearance in two years because of tendinitis in his knees.

“We were at the stage where we knew Owen’s knee was OK,” Ferguson told Manchester radio station Key 103.

Hargreaves, who was replaced by Bebe, will miss at least five league matches, including Wednesday’s derby against local rival Manchester City and Champions League fixtures against Rangers and Valencia.

Hargreaves disappointed
If the prognosis is correct, he could return for the December 13 match with Arsenal.

“We feel so sorry for him,” teammate John O’Shea said.

“He was so looking forward to it and we were really excited for him as well after all the hard work he’s put in. He’s worked very hard to get to this point and I’m sure there’ll be a few little niggles. He’s just got to get over them quickly.” — Sapa-AFP