Fighting increases in Darfur ahead of vote 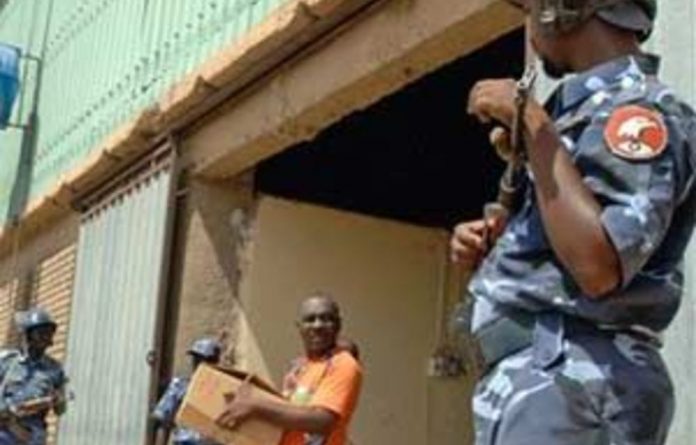 Fighting between the army and one of the main Darfur rebel groups is intensifying ahead of a referendum on southern independence that could change the map of Sudan and the balance of power between the warring parties.

The Justice and Equality Movement and pro-government forces have crossed swords several times in the past five days, after months of relative calm.

On Wednesday, JEM clashed with police in South Darfur, who were escorting a convoy of nearly 100 lorries to South Sudan, with 37 police killed in the fighting and an estimated 60 dead among the rebels, according to United Nations officials.

The interior ministry said the rebels had attacked a fuel and supplies convoy, while JEM said government forces had hit its positions.

Last weekend, more clashes erupted between JEM and the Sudanese army in North Kordofan and North Darfur, with both sides claiming victory.

“The army attempted (on Saturday) to take control of water sources between Umm Barru and Kornoi (in North Darfur), fighting broke out and we defeated them,” senior JEM commander Suleiman Sandal told AFP.

“There were casualties on both sides and we took 20 prisoners,” he added.

However, the army said it had “destroyed the JEM forces in Furawiya, a rebel stronghold in a desert region of North Darfur”.

Government forces also launched an attack in early October on Abdelwahid Nur’s faction of the Sudan Liberation Army in Jebel Marra, a fertile plateau in the heart of Darfur.

Stop the fighting
On Wednesday, the joint United Nations-African Union Mission in Darfur (UNAMID) called on the rebels and the government to stop the fighting.

“The resumption of the fighting has a negative impact on our work,” UNAMID chief Ibrahim Gambari said on Sunday, after meeting UN aid chief Valerie Amos.

“The movements who have not joined the political process should do so — JEM and Abdelwahid — and we have to make the point that there is no military solution to this conflict,” he added.

JEM agreed a ceasefire and entered peace talks with Khartoum earlier this year but the talks foundered amid renewed fighting.

Darfur has a population of around 8-million, out of some 40-million Sudanese in total, and the war-torn region covers around 500 000 square kilometres, or 20% of Africa’s largest country.

But the balance and the threat posed by the rebels, could change if southerners vote to break away in the referendum scheduled for January 9.

Darfur represents close to 30% of north Sudan and is the only region in the north where armed groups still often clash with government forces.

“The Sudanese army does not want to fight on two fronts at once, and that’s why it wants to weaken the rebels before the referendum in South Sudan,” a Sudanese analyst said.

Presidential adviser Ghazi Salaheddine is pushing for a political solution to the Darfur crisis and said Khartoum wants to finalise a peace accord acceptable to the various rebel groups that could be signed by the end of the year.

“We do not want any peace process to derail the other, neither the (Comprehensive Peace Agreement with the south) to derail Darfur, or Darfur to derail the CPA,” Salaheddine said last week.

But none of the main rebel groups looks ready to sign a peace deal in the face of the latest violence and JEM’s claim late last month that it is having some success in recruiting fighters from formerly pro-government Arab militias in Darfur. — AFP

A land that’s in need of a cure