New uses for the vuvuzela 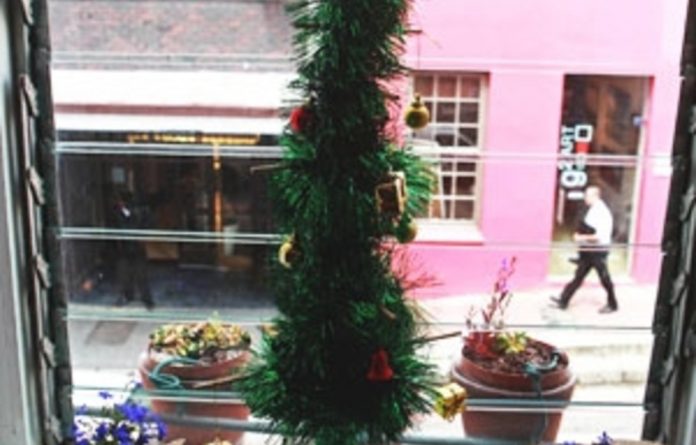 After the World Cup, South Africa’s top political cartoonist depicted his proposals to reinvent the vuvuzela: as a pipe for heiress Paris Hilton, as dunce caps for the disgraced French team, or as a torch for South Africa’s Olympic bid.

While none of Jonathan “Zapiro” Shapiro’s ideas came to fruition, two South Africans decided to hold an international competition to revive the controversial vuvuzela, the plastic horn that became known worldwide during the Soccer World Cup for its drowning buzz.

This time, in the form of earrings.

A panel of South African artists and designers on Tuesday chose earrings as the best reuse of the vuvuzela from more than 150 photographs, videos and sketches submitted to a vuvuzela recycling competition. Matt Blitz, the event organiser, said the group began taking submissions in July, after the one-month soccer tournament ended.

Out of the seven judges, five voted for the earrings. The hoop earrings, created by Cape Town resident Megan Bernstein, consist of circular cross-sections of the long, hollow horn.

Other designs included toilet-paper holders, cocktail shakers and even fire-extinguisher hoses. Blitz said the best 50 design ideas will be sold and exhibited nationally.

Blitz said he and co-organizer Shaun McCormack were not fans of vuvuzelas before the World Cup.

“Then we fell in love with them during the World Cup, and instead of eradicating them it became a way to extend the life of vuvuzelas and keep them from landfills,” he said.

“They’re not just an aesthetic reuse,” he said. “They could become a product that community artists could construct to create their own revenue.”

Vuvuzelas created a constant din — and plenty of debate — at games during the World Cup, with some embracing the horns while others complained its sound was disruptive. FIFA, the governing body of soccer, said the use of vuvuzelas in South Africa were part of the country’s culture and supported their use.

Jono Swanepoel, creative director of Leftfield Advertising, a Cape Town-based company that launched the event, said the vuvuzela — love it or hate it — has become a symbol of unity in South Africa, a nation long known for its deep divisions.

The contest, he said, aims “to make this object of unity an object of utility by generating ways to reuse it”. — Sapa