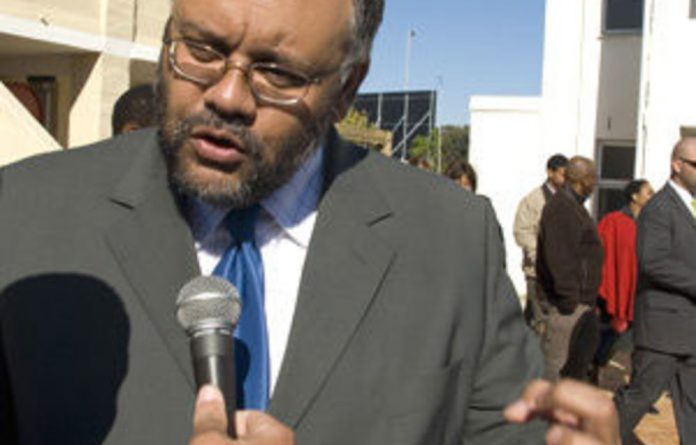 There has been very little analysis of what is actually wrong with the existing self-regulatory system of the print media. This is a pity as the South African Press Council is currently reviewing it.

Can the existing system be strengthened and, if so, how?

We believe that there are a number of aspects that can be addressed. One of these is strengthening the Press Code.

While the existing code is in line with others around the world, we believe it would be strengthened if the following issues were addressed: the overall framing of the code, based on constitutional and ethical principles and values, the inclusion of the principle of “minimising harm”; clauses focusing on matters involving children, unpacking the “public interest” override, and discouraging “brown envelope” journalism.

It is vital for the credibility and balanced functioning of the press council that it is seen to exist and operate beyond the mere advancement of the right to freedom of expression.

It is also imperative that core ethical principles should be included in the preamble to the code. Not only will this help people understand its overall aims and intentions, but it would also assist journalists and the ombudsman in interpreting it.

We have recommended the following common ethical principles, based on the work of Bob Steele and Franz Kruger, in our submission to the council.

They are: seek the truth and report it as fully as possible, act independently, minimise harm and be accountable.

The inclusion of the constitutional values and core ethical principles will also assist in defeating accusations of partiality and lack of professionalism and integrity levelled against the council.

While this principle is relatively new to media ethics, it is growing in stature as the power of the media and their concomitant responsibilities are increasingly recognised.

It is also clear that many of the concerns expressed about the media are based on the media’s potential for harm.

The concept of minimising harm does not undermine in any way the ability to report better, it simply makes it clear that it is a core factor in reporting and should be strictly adhered to, and is used as one of the principles that is taken into consideration in adjudicating complaints.

The South African media have been guilty of serious ethical and rights violations in reporting on children, a concern made worse by the fact that children are not adequately protected under the existing code (see the Media Monitoring Africa’s website for more details: www.mediamonitoringafrica.org.za). The only mention of children in the code relates to the publication of child pornography in clause 1.7.2, which simply states child pornography will not be published.

Rights of children
The rights of children are afforded special significance in our Constitution through section 28, as well as the numerous other special protections afforded to children in our laws and international obligations. Accordingly, a section on children must be included in the code to deal with the ethics involved in reporting on matters involving children.

Despite the importance and centrality of the “public interest” in the code, no definition is provided, so it is unclear what actually constitutes a “laudable public interest override”. While it may be necessary to leave the definition vague to ensure that it can be appropriately applied in unforeseen circumstances, it does potentially expose the current system to significant criticism.

While we agree that we need an open-ended understanding of “public interest”, it should be clear, for example, that the “public interest” is different from “what is of interest to the public”. The concept is too important and too hotly contested not to have some frame of reference.

The code currently, and somewhat peculiarly, prohibits only payment for articles to criminals and convicted persons and their connections. The code does not make any provision for addressing the payment of journalists — “brown envelope” ­journalism.

This prohibition would seem essential in the light of the recent scandal involving Ebrahim Rasool in the Western Cape and would help to promote ethical, professional journalism.

Changes
If these changes were made, not only would the press ombudsman system be stronger and more effective, it would also be a model for international best practice.

While a few of the ANC’s concerns have some validity, the challenges they raise can be addressed only within the context of a successful and user-friendly system of self-regulation which encourages improved journalistic quality.

Strengthening the code and making provision for the absence of overriding principles, including those discussed, is one area that the establishment of a statutory media appeals tribunal would not resolve.

While the flaws of the current system must not be overlooked, a system that would make the media more vulnerable to undue government influence is untenable in a democratic state.

What is needed is to get to the root causes of these deficiencies so as to strengthen print media, journalistic practice and the self-regulatory system.