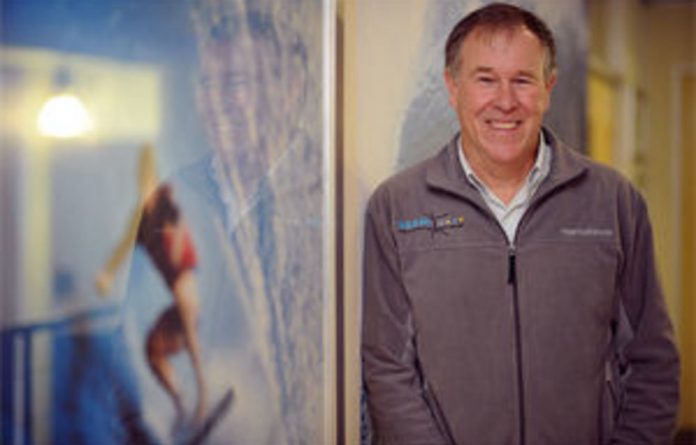 Well before the National Research Foundation officially declared Professor Tim Noakes a world leader in his field almost everyone else already knew that to be a matter of fact.

The go-to commentator for national and international media on anything related to sports medicine and sports science, Noakes’ research echoes across disciplines and continents. And often he is bucking the accepted wisdoms of the time.

It was he and his team at the Medical Research Council/UCT Research Unit for Exercise and Sports Medicine, in a case in point, who alerted runners and organisers around the world to the sometimes fatal dangers of serving — and consuming — too much liquid before and during races. This while everyone else was advising runners to drink, drink and then drink some more.

Working from data recorded during races and with athletes suff ering from the condition, Noakes and his team showed that over-drinking led to a condition known as exercise-associated hyponatraemia, or water intoxication, in which essential salts in the body are diluted, leading to brain swelling and coma — and on occasion, death.

As a result, the initially antagonistic American College of Sports Medicine would in 2007 rewrite its fluid-replacement guidelines to mirror those Noakes had produced in 2003.

Runner’s World magazine in the US would also list Noakes and his findings among its 40 Most Influential People and Moments of the Past Four Decades.

Noakes’ ‘runner’s bible’, Lore of Running, now into its jumbo-sized fourth edition, has become a household name in the homes of more than just runners.

And when environmental ist Lewis Gordon Pugh decided to go for a dunk in the sub-zero degree Celsius waters of the Arctic, Antarctic and Geographic North Pole, it was Noakes he called on to serve as expedition doctor on all his or medicine in 1922. This mode argues that it is the brain — and not, say, the muscles or lungs — that dictates sports performance.

The brain does so by keeping a close check on the oxygen supply to the heart and brain, the organs most at risk during vigorous exercise.

When it senses that the oxygen supply to the heart or brain may become too low, the brain restrains the activity of the oxygen-draining skeletal muscles by reducing the output from the motor cortex — responsible for motor functions — to the exercising muscles.

Slowly but surely Noakes’ work on this hypothesis is gaining traction. And just to prove how powerful the mind actually is — a lesson for any sportsperson at any level — Noakes and his pep talks are credited with much of the success of UCT’s rugby team, rank underdogs, in the popular FNB Varsity Cup.

As rugby heritage goes, UCT is no slouch, but today has nothing like the rugby culture that has propelled Stellenbosch University to three championship titles in the competition’s first three years. (Noakes is confident that Ikeys will win the Varsity Cup in the not too distant future.)

Noakes has upset the apple cart at times. Put this down to the self-effacing value he lives by and tries to pass on to his students — accept no knowledge as carved in stone, especially that found in textbooks. “My own philosophy is that although I may know a lot, I’m intensely ignorant, because I’m always discovering new information.”

Ignorant he may call himself, but as the number of times others refer to his work suggests — he’s closing in on 10 000 citations for just his academic output — scientists around the world are paying close attention to the new information discovered by Tim Noakes.