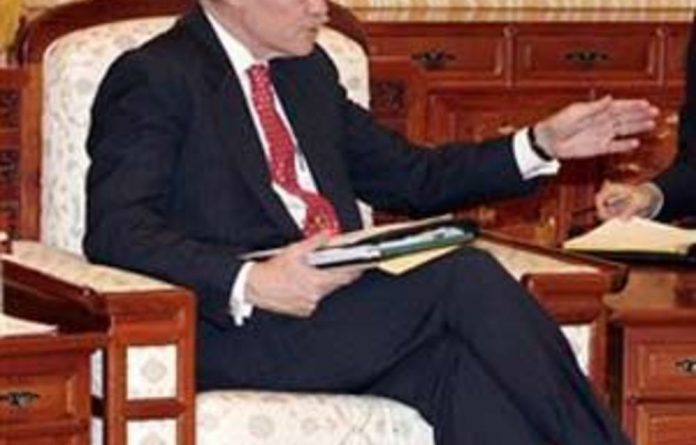 The global economy is moving towards a new monetary system with gold emerging as a preferred alternative to existing assets, World Bank president Robert Zoellick said on Wednesday.

He also tried to ease concerns over the possibility of a “currency war” but warned of growing protectionism if tensions over exchange rates were allowed to continue fester.

“There’s uncertainty about the future of the international monetary system,” he told a news conference in Singapore.

“As I said, whether people wish to acknowledge it or not, we are moving towards a Bretton Woods III,” he said, referring to a possible agreement to replace the current system of floating currencies.

Zoellick stressed that a piece he wrote in Monday’s Financial Times, in which he said the G20 should bring gold back into the global monetary system to guide currency movements, did not mean he wanted a return to the gold standard.

“But then the question is if you’ve got multiple reserve currencies, how will the international system cooperate,” he said.

He said governments had to recognise the changes taking place in the global monetary system and take the necessary steps to adjust to a new regime.

“These things are happening … So in my view, it’s better for the key governments involved to recognise it and start to figure out how do they want to change the rules and norms to the international system to adapt to,” he said.

His comments come a day before heads of the G20 meet in Seoul to tackle the unbalanced global economy and resolve disputes that have raised concerns of a “currency war” in which all nations massage their units to help exporters.

“It’s also the case though that gold is now being viewed as an alternative monetary asset,” he said.

“Gold has become a reference point because holders of money see weak or uncertain growth prospects in all currencies other than renminbi [yuan] and the renminbi is not free for exchange.

“So in relative terms, gold is appealing to people who ask ‘where should I put my money’ … it’s a hedge on uncertainty.”

He added, “I think the US dollar will remain dominant but people will look at alternative investment sources.”

Gold prices struck a record high on Tuesday in London, a day after it broke the $1,400 barrier.

Under a new system he said “the key currencies will be the dollar, the euro, the pound, the yen and over time the renminbi as it internationalises and moves towards an open capital account”.

He tried to downplay the possibility of a global currency war but voiced concerns about growing protectionism if persisting “tensions in exchange rates” remain unchecked.

“I don’t believe there will be a currency war,” he said a week after the United States unveiled a $600-billion plan to flood the market with dollars to boost its economy, effectively printing money and making the dollar weaker.

The move came as it continues to accuse China of keeping the yuan artificially weak to boost its export sector.

“I do think that there are tensions in exchange rates and if not properly managed, those tensions risk increasing protectionism and that is what I am trying to fight and offer a counter approach.”

Zoellick has said previously the world needed a new regime to succeed the “Bretton Woods II” system of floating currencies, which has been in place since the fixed-rate currency system linked to gold broke down in 1971. — AFP

International and regional finance institutions such as the World Bank, the IMF and the AfDB have provided emergency assistance, but there still remains a funding gap to effectively fight Covid-19
Read more
Coronavirus

COMMENT The world is going through unprecedented challenges caused by a novel,...
Read more
Africa

Today, the whole world stands where Europe was in 1945. Europe recovered then thanks to massive international assistance. That same attitude of cooperation and solidarity is needed now more than ever
Read more
Advertising
Continue to the category
Education